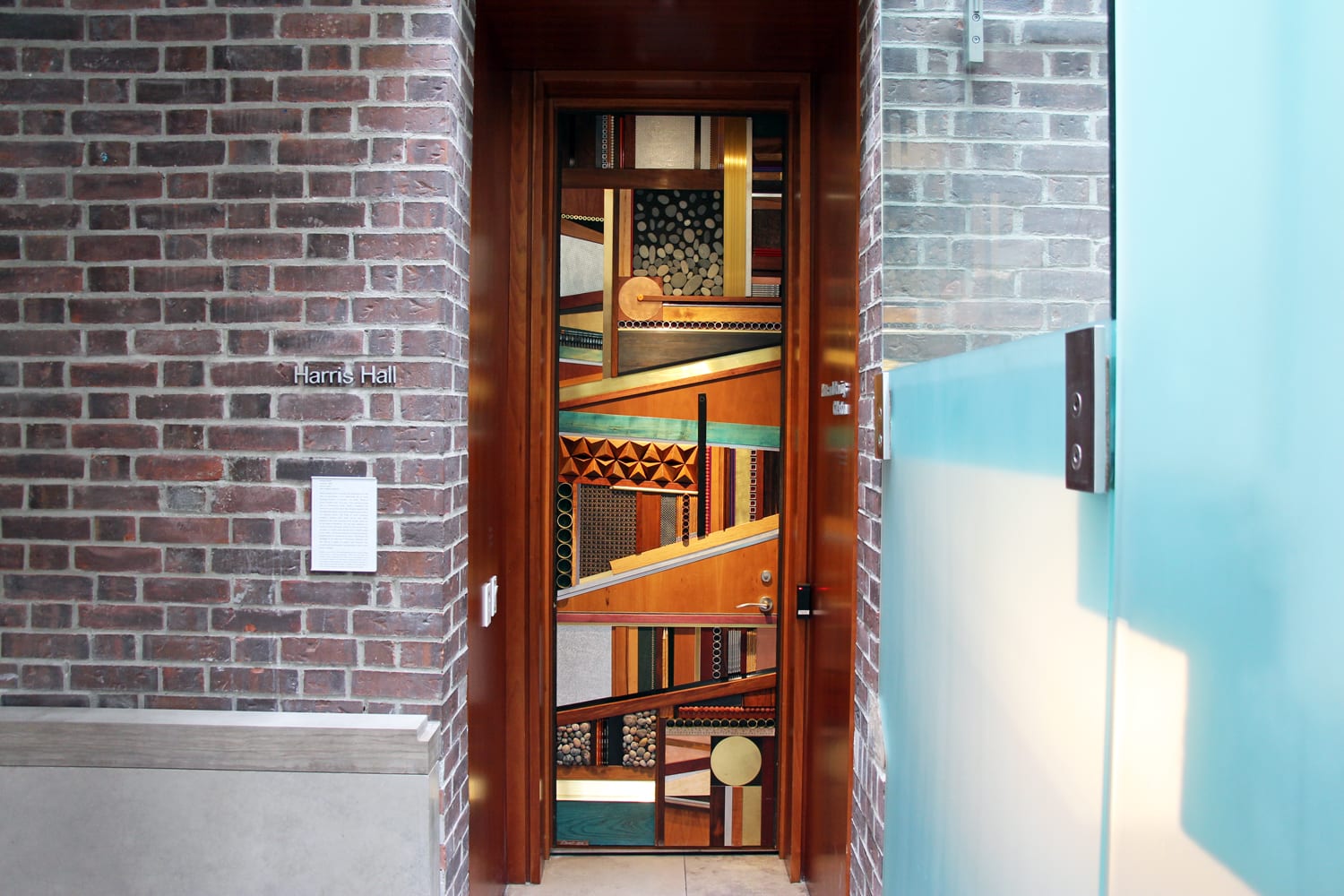 When Donald Stuart received the commission for this door, it presented a new opportunity for an artist working primarily in jewellery and metal. “Most of my work is smaller scale,” he noted. “This is taking my style into an architectural scale.” While a departure for Stuart, his use of rocks from New Zealand beaches and Georgian Bay echoes much of his smaller-scale works in his Souvenir series. This body of work comprises jewellery crafted with small stones and other ephemera the artist collected in his travels, made out of his studio in Midhurst. The rich inlay highlights his mastery of the technique, which he first learned while working as a textile artist and instructor in Baffin Island in the 1960s. The incorporation of drawing instruments demonstrates his sensitivity to place, referencing the strengths of the MacLaren’s Permanent Collection and our role as a public art gallery and museum. This project was made possible with generous support from Robert Lehman.

Donald A. Stuart (C.M. O.Ont RCA) graduated from the Ontario College of Art (AOCA) in 1967 and received a MFA from the School for American Crafts, Rochester, NY in 1981. He has participated in over one hundred national and international exhibitions, and his work is represented in numerous public, corporate and private collections. In 2002, Stuart was awarded the Order of Canada. His work was featured in the 2010 solo exhibition, Homage, at the MacLaren Art Centre.