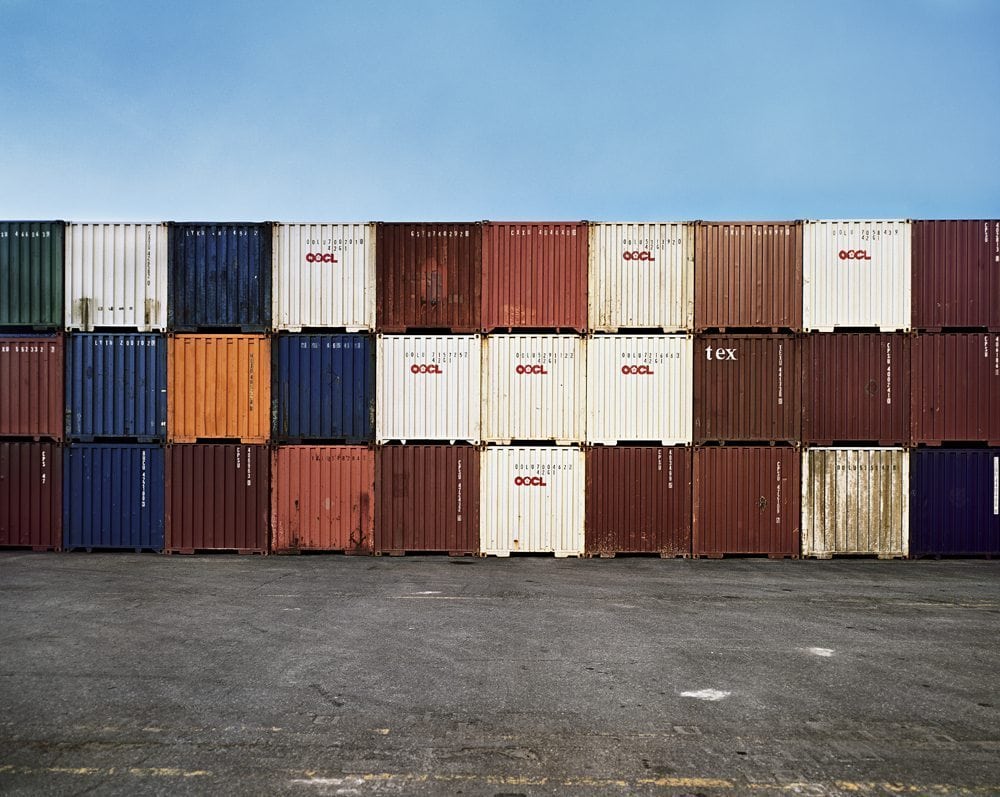 Divided Horizon features work by four contemporary photographers from the MacLaren’s Contemporary Collection who investigate the human imprint on the natural world, with particular emphasis on the horizon line. Each of the four main walls in the Carnegie Room is dedicated to a single artist. Seen together, these works create a 360° panorama, in which the horizon undergoes changes in perspective, punctuated differently by the human disruptions that each artist has engaged.

Photographs from Edward Burtynsky’s Container Ports series reveal the unexpected graphic potential of stacked containers in Canadian shipyards, exploring the effects of perspective, scale, density and emptiness, both visual and figurative. Themes of perspective and scale are likewise addressed in Mark Ruwedel’s Earthworks series; an American with deep ties to Canada, Ruwedel photographed landmark, often immense, earthworks created in the 1970s and early 1980s by the movement’s central figures, including Robert Smithson’s seminal Spiral Jetty seen twenty years after it was created. Akira Komoto’s roots are also in land art. Select works from his photographic series, seeing, feature ephemeral outdoor sculptural installations. These images, with a particular emphasis on waterfronts, explore human interruptions to the horizon and prompt questions about the ability of the built environment (including artistic interventions) to integrate into the natural world. Exhibited on the walls supporting the Carnegie windows, this presentation offers a dynamic interplay between the images and the streetscape immediately outside. Finally, works by Les Szurkowski serve to further illustrate the photographers’ engagement with monumentality, perspective, and the fundamental divide between the natural and synthetic worlds.