David Bolduc: Round the Block, Works From the MacLaren’s Collection 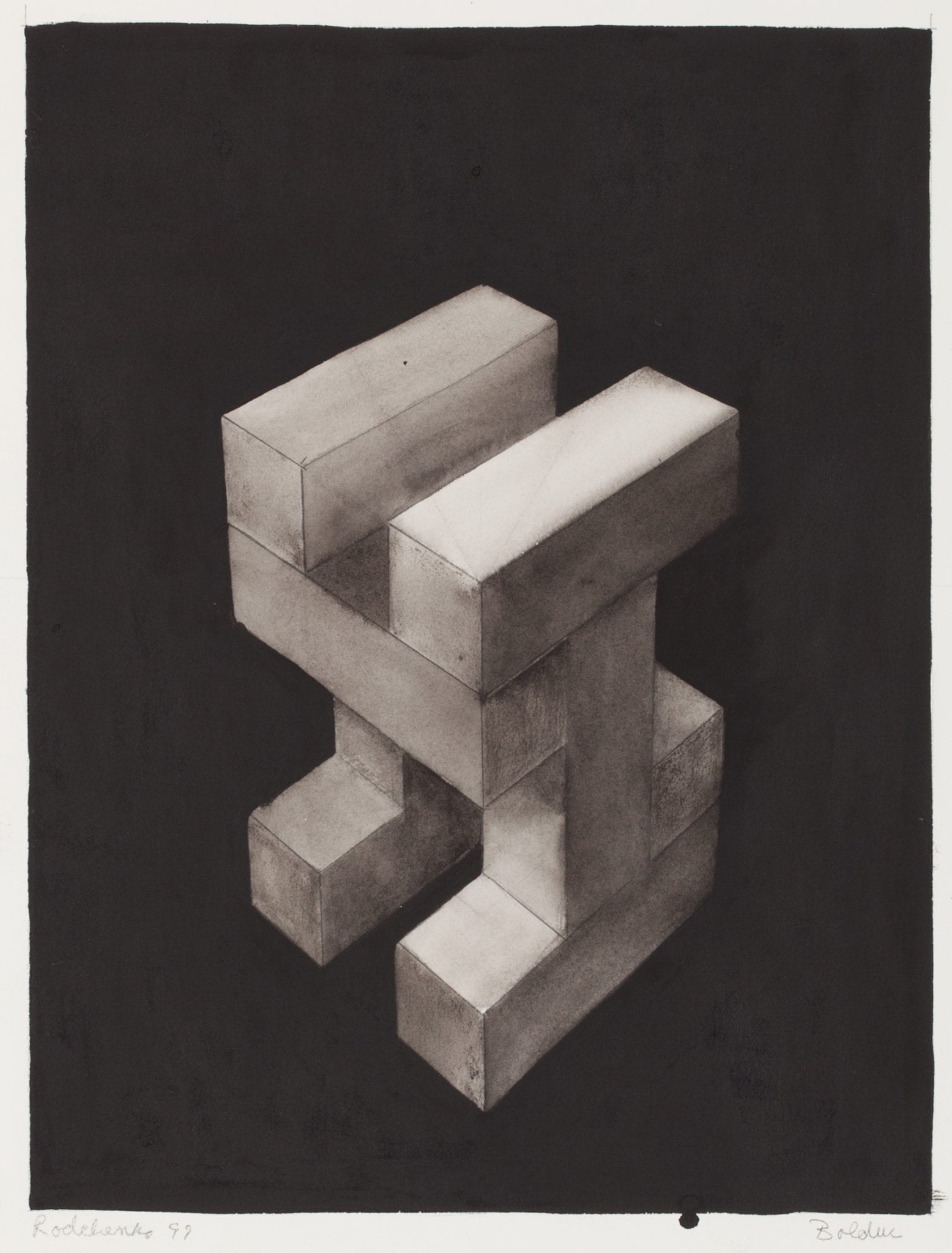 David Bolduc
Round the Block, Works from the MacLaren’s Collection
December 6 to May 26, 2013
Joan Lehman Gallery
Curator: Jennifer Withrow

Round the Block features four 1999 monochrome watercolours from the MacLaren’s Permanent Collection by the late David Bolduc (1945 – 2010). Each one is a concise demonstration of the ambiguity between two- and three-dimensionality that is inherent to both painting and photography. Three are entitled Rodchenko in homage to the seminal Russian polymath Aleksandr Rodchenko who, as a photographer and as a sculptor, was known for spatial constructions that had no defined vertical orientation. They portray a woodblock sculpture rotated into three positions and perspectives. The fourth, entitled Lotus, suggests the organic inspiration of the block form.

Though Bolduc worked in virtually every medium, watercolour was best suited to the prolific artist’s lifestyle as a formidable worldwide traveller. In the four decades between 1968 and 2008, there was only one year in which he did not exhibit new work. He passed away in Brockville, Ontario in 2010.