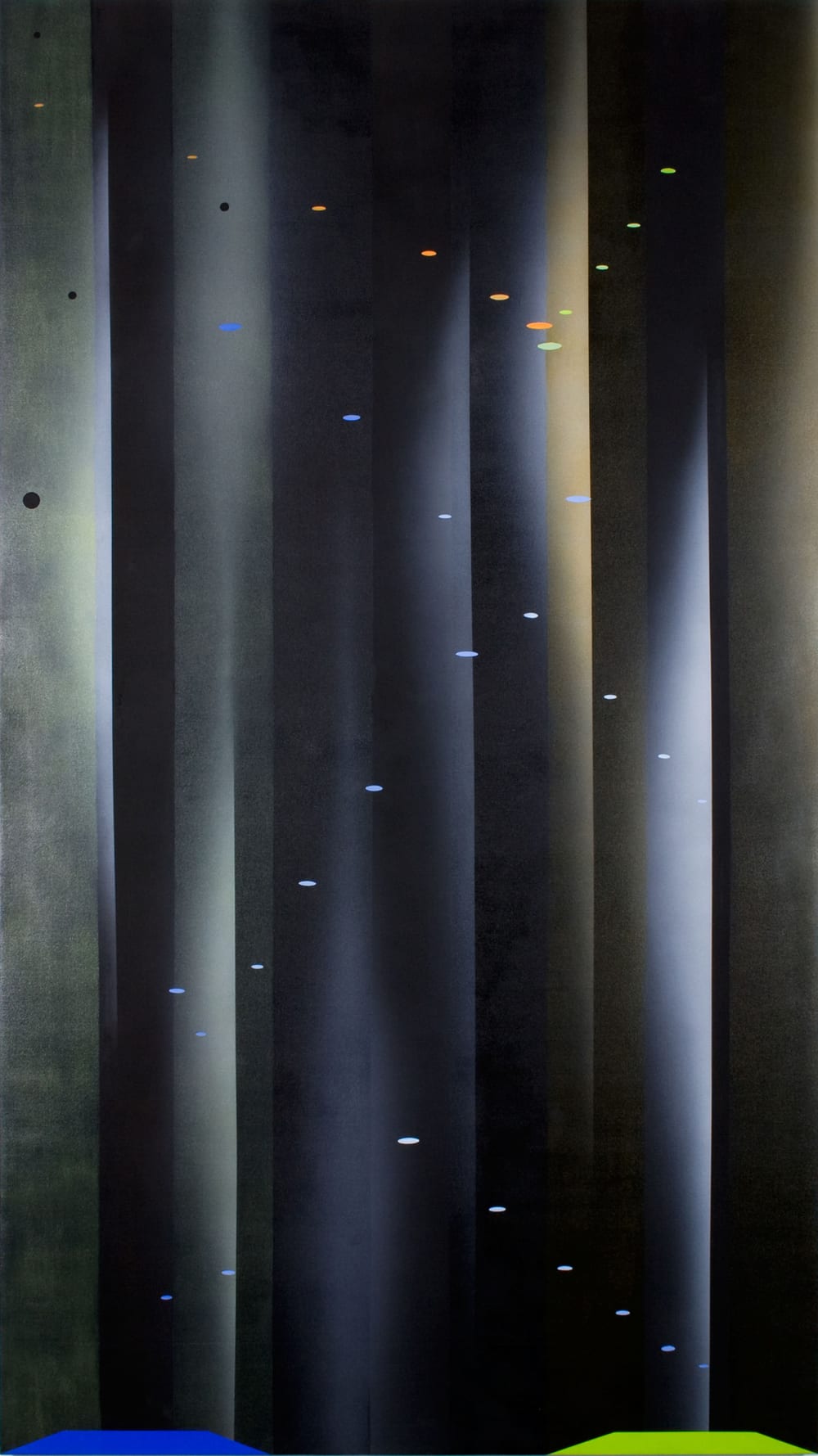 In this series of recent paintings, Jones probes our fascination with the future. Her process begins with taking black and white photographs of sterile public spaces, such as the lobbies of multinational corporations and underground passages. Each image is observed, recorded, transmitted, digitalized, and frozen as if projected onto a screen. The absence of brushstrokes contributes to the apparent flatness of these paintings. As psychological impressions of the urban environment, Jones’ imagery represents places that are everyone and nowhere: the hybrid spaces of our globalized environment that collapse the experiential and the technological, near and far, real and virtual. Jones is interested in the sublime, but a new sublime, a techno-sublime. Using light and thin layers of fluorescent colour, she infiltrates these dark, cavernous spaces, turning the ominous into the illuminated while underscoring the ecstatic blur of technology. 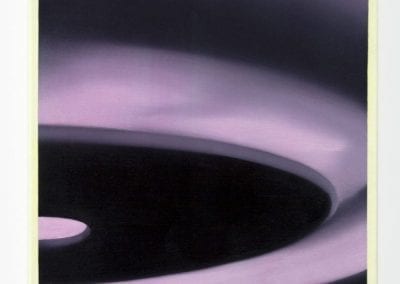 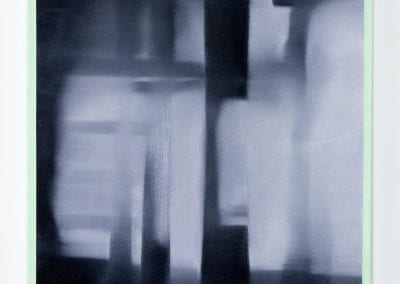