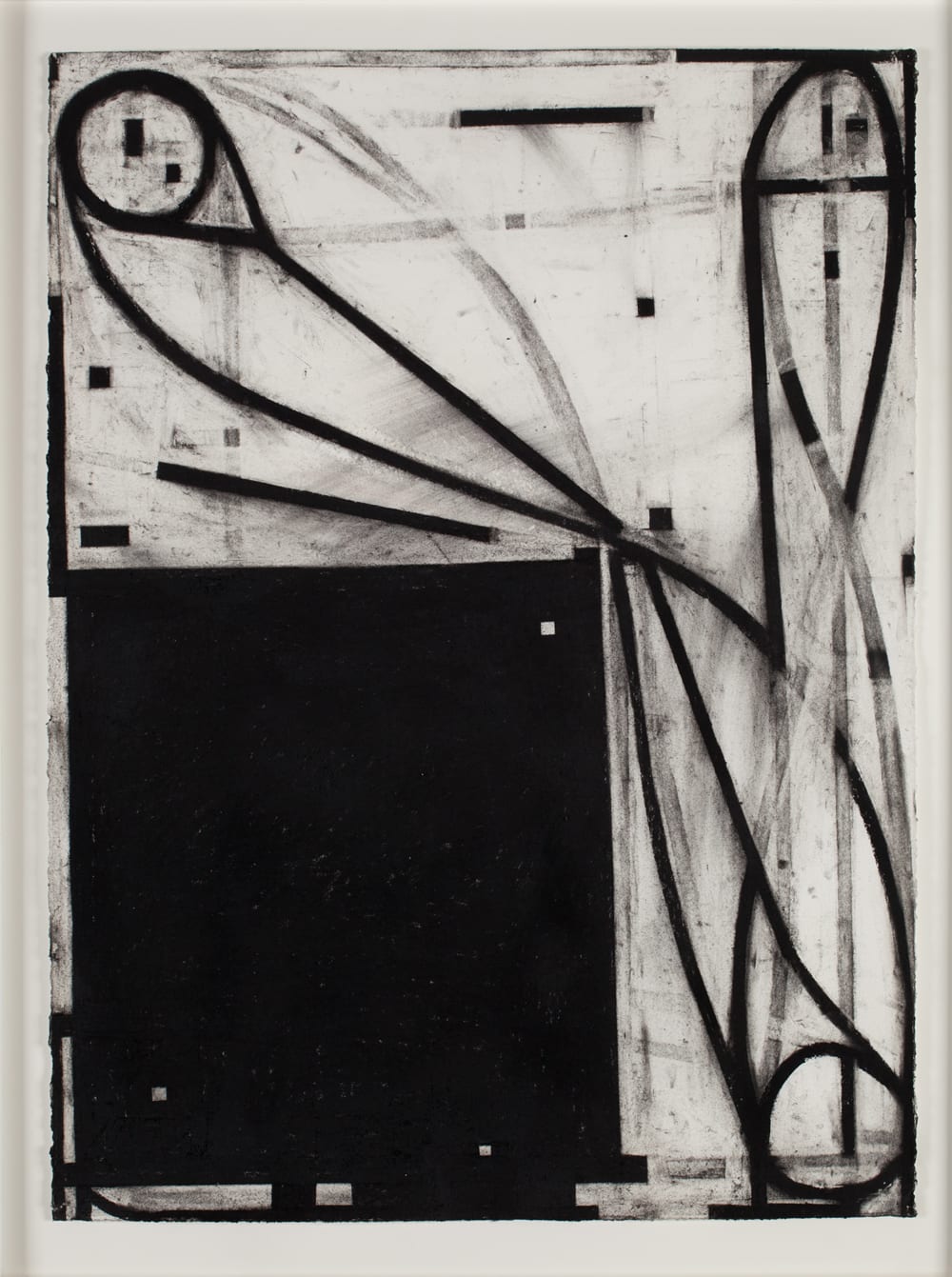 Throughout The Thinking Eye, Paul Klee describes all manner of lines: “Spots. Dots. Smooth surfaces, shaded surfaces. Wavy movement. Constricted, articulated movement. Countermovement. Network and weaving. Brick, fish-scales. Solo. Chorus. A line losing itself, a line growing stronger (dynamics)[…] The good cause a guiding thread, even in the thick of twilight. The lightning shaped like the fever curve.” For Klee, lines were more than graphic elements: they were imbued with narrative potential, fraught with meaning and power.

The works in Critical Paths, online and in the Joan Lehman Gallery, are drawn from the MacLaren Art Centre’s Permanent Collection and each contains prominent linear elements suggestive of race tracks, dead ends, feedback loops and ragged waves. Some of the featured works are abstract and use a visual language of line, shape and form to create compositions without fixed visual referents in the natural world. Others are merely abstracted, teasing out biomorphic and geological forms with active, energetic lines.

Ron Shuebrook’s untitled drawing (2000) is strongly graphic, inflected with a modernist concern for space and an intuitive sense of line. The work implies a satellite view of a wintry landscape, a series of paths cut into and erased from the scene. David Urban’s Under the Piano (1996) is rich with linear imagery and, while it too insinuates a topographical view, recalls the busy highway systems that circle and enclose major urban areas.

Rita Letendre’s Morning Glow (1975) evokes striated clouds gathered along the Eastern horizon at dawn. The painting features subtle tonal shifts in white, pink and gold, intersected by sharply-drawn bands of bright blues and yellow. Doris McCarthy’s Wavement #1 (1969) was painted during a period of intense artistic experimentation for McCarthy in the 1960s. A hard-edged abstraction, the work is composed of wavy channels of emerald green over an electric blue foil, lapping at a lemon yellow shoreline. In Wavement #1, McCarthy has reduced a summery beach scene to its simplest graphic elements.

In Temps de Vivre #3, Guy Montpetit abandons some of the rigid, geometric patterning of his Plasticien roots, embracing a soft palette and replacing ordered and symmetrical shapes with uninhibited forms. The soft, undulating lines in Temps de Vivre #3 suggest a strange, biomorphic form in motion, its crimson head dominated by a pair of bug-like eyes. Mark Ruwedel utilizes similarly loose lines as a framing device in his photograph of an iconic earthwork, Robert Smithson: Spiral Jetty, 1970. The only photographer in Critical Paths, Ruwedel has consciously juxtaposed the dense coil of Spiral Jetty against the open curves of the Great Salt Lake shoreline. 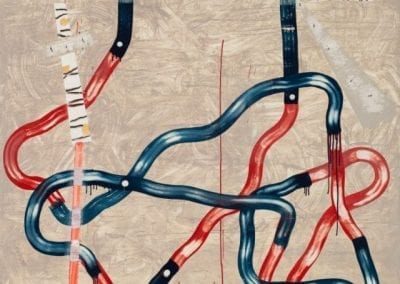 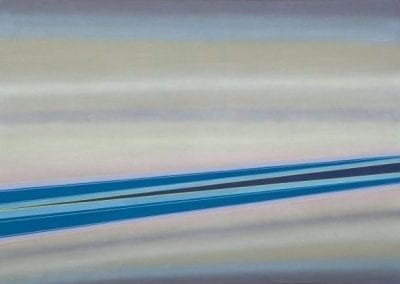 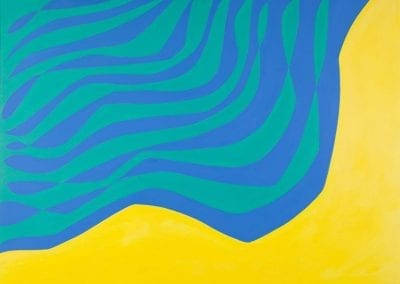 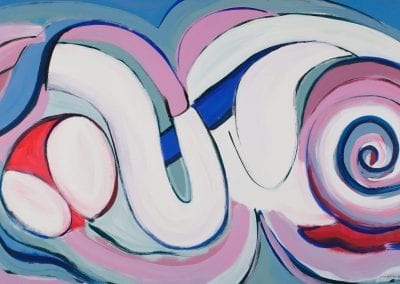 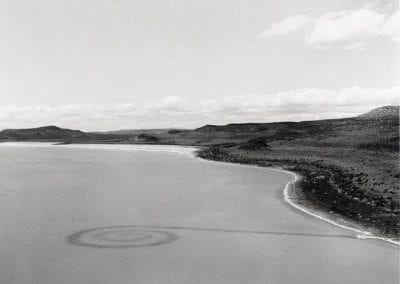