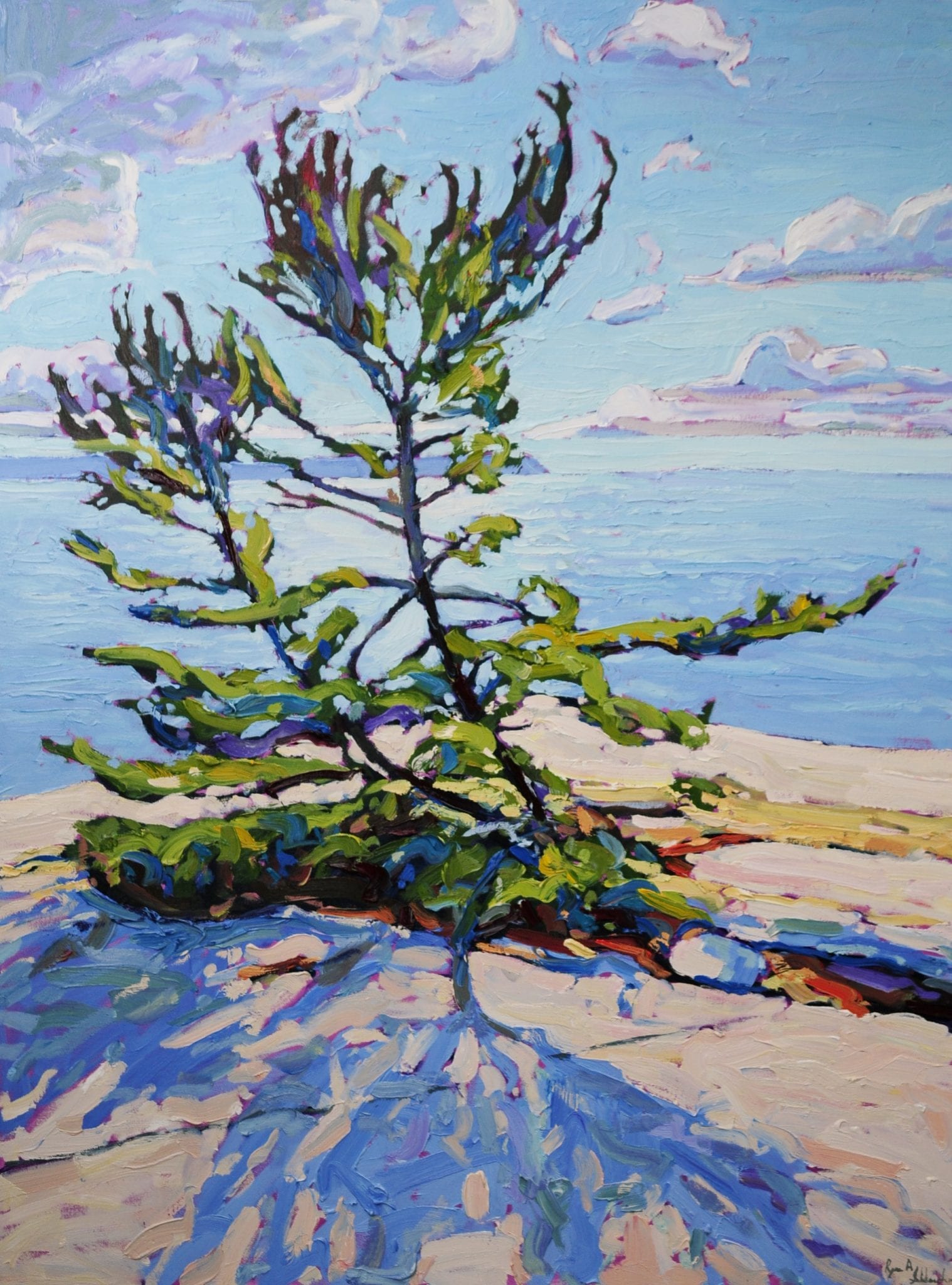 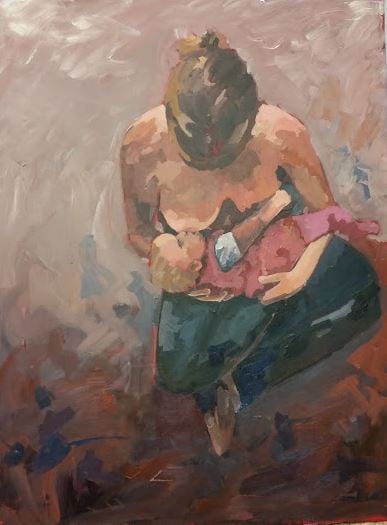 Libby Mourant and Ryan Sobkovich are third-year students in the School of Design and Visual Arts programme at Georgian College. Both are keenly invested in representational work as well as skilled colourists attuned to the world around them. Mourant’s recent work takes motherhood as its subject, examining the development of the pregnant figure and the intimacy shared between mother and child. Sobkovich, conversely, is interested in the landscape and he seeks to capture the shifting scenes around Georgian Bay in dense, impasto brushwork.

Despite the differences in their subject matter, both Mourant and Sobkovich are interested in the generative power intrinsic to our bodies and the landscape. While they capture only fragments of time in their respective paintings, there is a sense of timelessness behind the evanescence of these moments. Exhale in Years presents a sequence of paintings by Mourant and Sobkovich, mingling the lived experience of pregnancy and motherhood with scenes of the changing seasons. Taking its title from Emily Dickinson’s poem Forever is Composed of Nows, this exhibition highlights the inexorable movement of time through these elemental rites of passage. As Dickinson wrote: “Let Months dissolve in further Months – / And Years – exhale in Years.“

Libby Mourant is a Collingwood-based artist primarily working in drawing and painting. Prior to her studies at Georgian College, she trained in biology and worked in the film industry. She has exhibited her work throughout Canada, most recently in the John B. Aird Gallery in Toronto; the University of Guelph, Ridgetown Campus; Quest Gallery, Midland; York University Campus Gallery, Toronto; and at the Campus Gallery at Georgian College.