Collaborative and Travelling Exhibitions – Photrocity: Mass Violence and Its Aftermaths in the Sovfoto 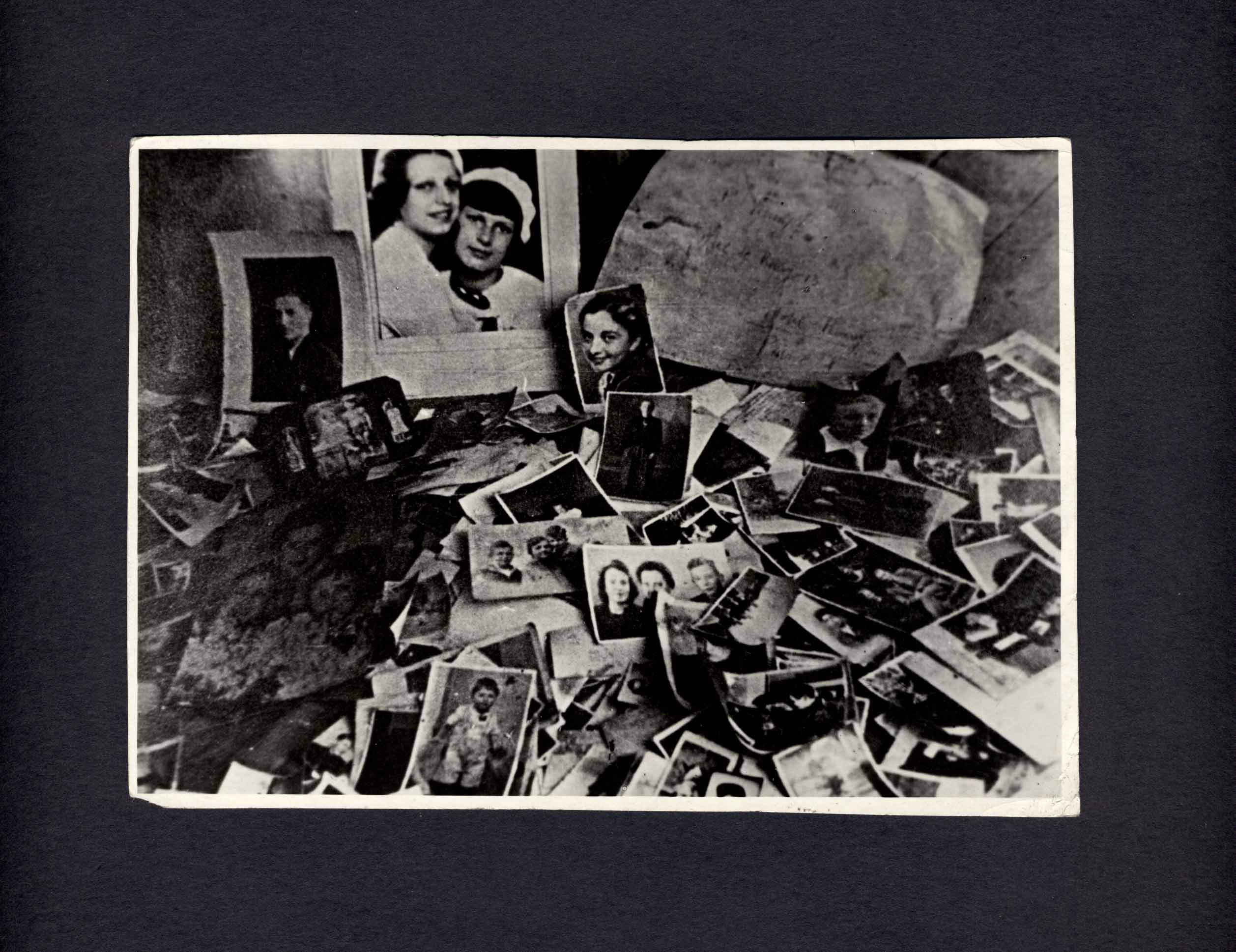 Anonymous, Those who were done to death in the death camp. Some of the photos found amidst personal belongings of victims, August, 1944. Gelatin silver print. Overall: 11.7 cm x 16.4 cm.

A collaboration with the University of Manitoba’s School of Art Gallery and the MacLaren Art Centre, Photrocity makes use of images of atrocity to alter its audience’s understanding of shared aspects of human suffering caused by mass violence during wartime. The exhibit will contain 19 photographs and associated, specially-commissioned text fragments by the writer Struan Sinclair.  Photrocity ‘s juxtaposition of text and image is designed to heighten viewers’ emotional engagement with the photographs while encouraging them to reflect more deeply on links between past and present instances of the harms they depict.

The exhibit is planned to run alongside the 2014 meeting of the International Association of Genocide Scholars conference that will be taking place at the University of Manitoba in July. It will form part of the IAGS conference’s official cultural program, and will remain available to audiences through October 31, 2014, in order to coincide with the formal opening of the Canadian Museum for Human Rights in Winnipeg in September.  For more information contact  Mary Reid at mary.reid@ad.umanitoba.ca or Emily McKibbon at emily@maclarenart.com.

Description of the Sovfoto Archive at the MacLaren

The Sovfoto Archive at the MacLaren Art Centre comprises 23,116 vintage gelatin silver prints dating from 1936 to 1957, all originating from New York-based press agency Sovfoto/Eastfoto. This collection has a particular focus on World War II and its aftermath, as well as Soviet life in the pre-war and post-war periods. Far-reaching in scope, this archive includes series on rebuilding Soviet cities after the war, the emergence of collective farms, Soviet education, theatre and the arts and other diverse subjects.

Established in 1932, Sovfoto received state-sanctioned photographs from the Soviet Information Bureau (Sovinformburo) on consignment. Photographs were selected, often retouched, and appended with English captions, all before leaving the USSR. Sovfoto, in turn, sourced these images to a wide-ranging number of North American clients. These included major wire agencies that paid a subscription fee for this service, such as the Associated Press and the International News Services; illustrated magazines including Life, Time, and Newsweek; and the USA State Department as well as various branches of the Armed Forces. These photographs were the only significant source of visual reportage of Soviet life after the iron curtain ended the free flow of information between the Soviet bloc and democratic nations. Sovfoto later became Sovfoto/Eastfoto, and continues to operate under that name as a major and growing stock photo agency of historical and contemporary photographs from China, Russia, and other former and current communist nations.