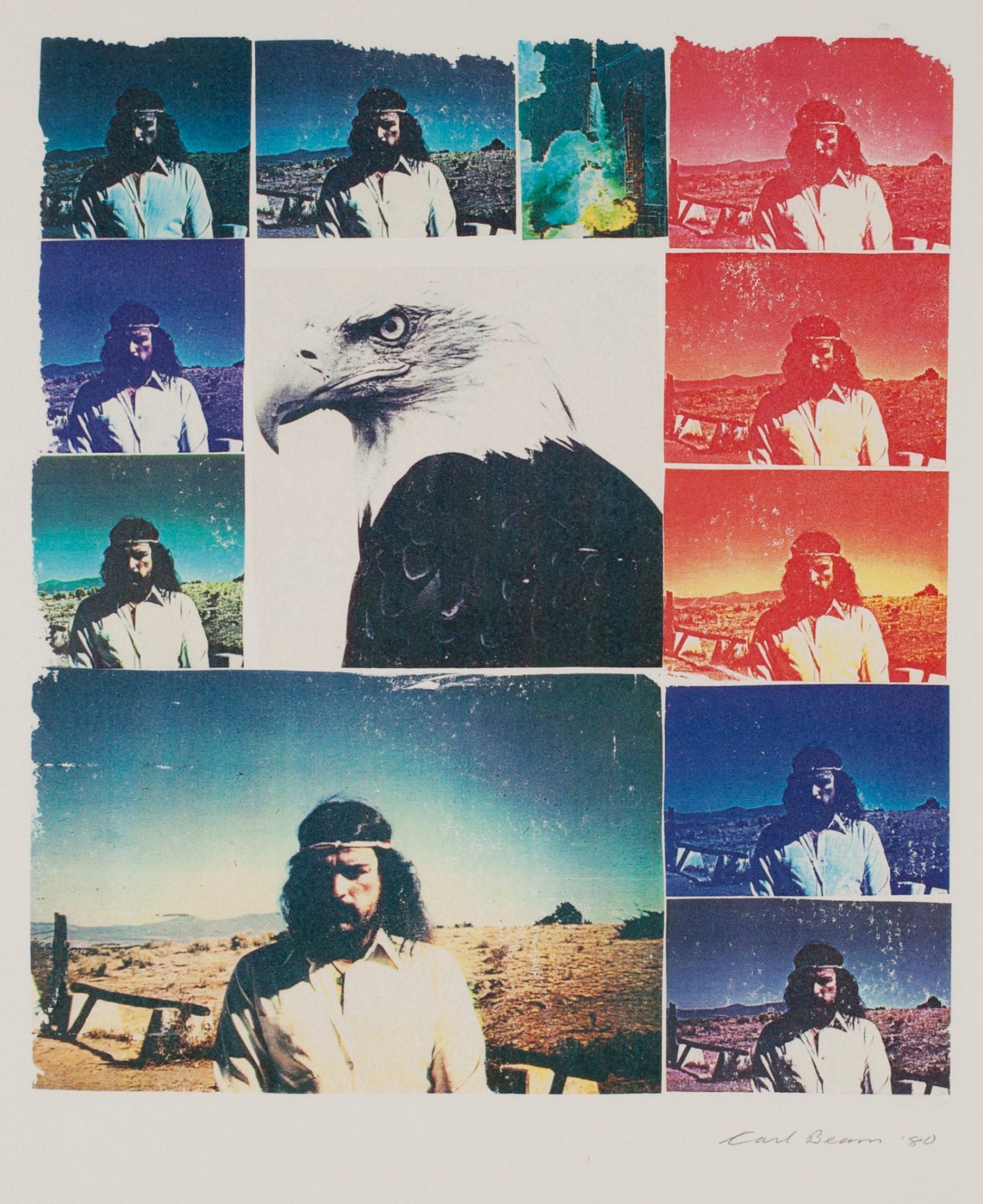 Carl Beam’s photo-based lithographs are rich with found images that illuminate First Nations experience. These works, drawn from the MacLaren’s collection, reveal various combinations of imagery from spiritual, natural and political realms. As Beam comments, “My works are like little puzzles, interesting little games. I play a game of dreaming ourselves as each other. In this we find out that we’re all basically human… ”

Carl Beam was born in 1943 in M’Chigeeng First Nation, in the Manitoulin District of Ontario. He worked in various photographic media, mixed media, oil, acrylic, text, works on paper, Plexiglas, stone, cement, wood, handmade ceramic pottery and found objects, as well as lithography, etching and screen printing. Beam was awarded the Governor General’s award in Visual and Media Arts shortly before his death in 2005. In 2010, the National Gallery of Canada organized a major retrospective of his work, recognizing Beam as one of Canada’s most important artists.

Join us on January 22 at 12:15 pm in the Rotary Education Centre for a special Art for Lunch Film Screening of Aakideh: The Art & Legacy of Carl Beam. Admission is free, no registration required.