…bump in the night, Barrie 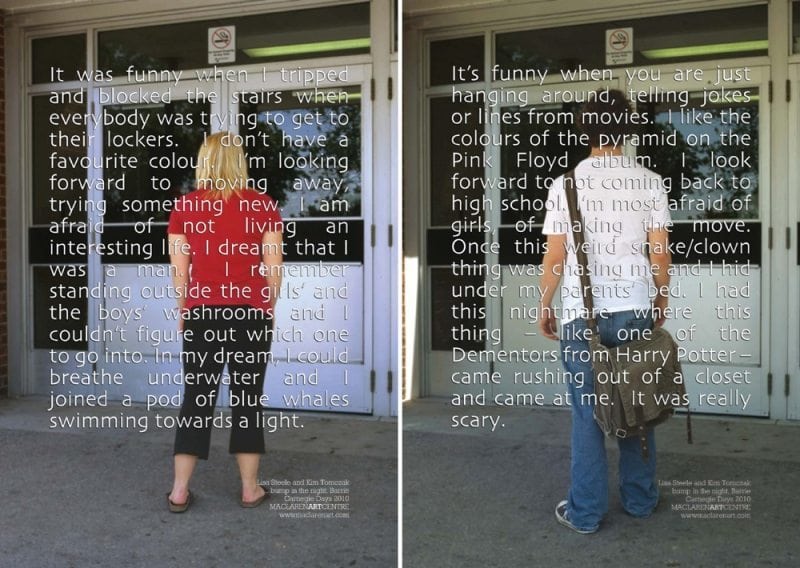 Lisa Steele and Kim Tomczak, … bump in the night, Barrie

…bump in the night, Barrie comprises a series of large-format photographs by renowned Canadian media artists Lisa Steele and Kim Tomczak created for this occasion and displayed in ten Barrie bus transit shelters. Each image portrays an anonymous student on the verge of graduation entering a Barrie-area high school, overlaid with text culled from responses to a series of questions. Revealing the students’ dreams, goals, fears and memories, they reflect the personal and collective narratives of this generation.Steele and Tomczak have profoundly influenced the developments in video and media art in Canada and have received numerous awards, including the Governor General’s Award in Visual and Media Arts in 2005 for lifetime achievement. Since 1983, they have collaborated on producing and exhibiting videotapes, performances and photo/text work that explore and document social realities from subjective viewpoints. Steele and Tomczak are professors at the University of Toronto’s Visual Studies Programme and co-founders of VTape, a Toronto media centre with one of the largest video archives in North America. …bump in the night series have been completed in Toronto, Stuttgart and Caen.

With thanks to Pattison Outdoor, the photographs will remain on display in transit shelters until November 7. 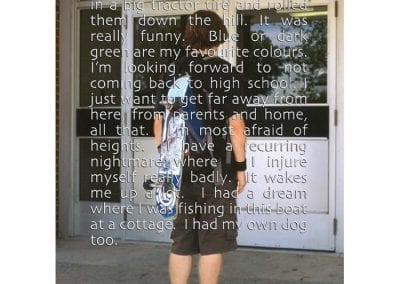 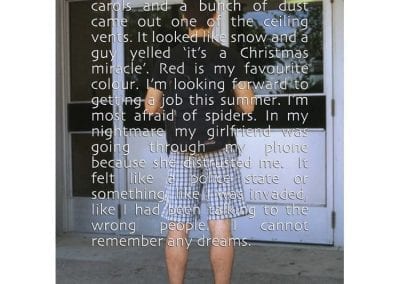 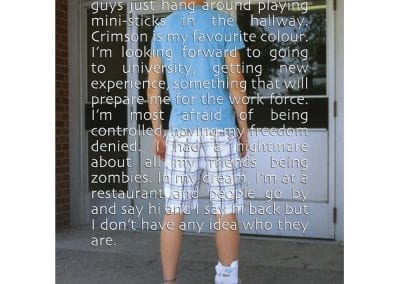 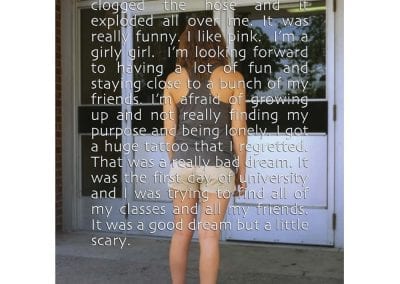 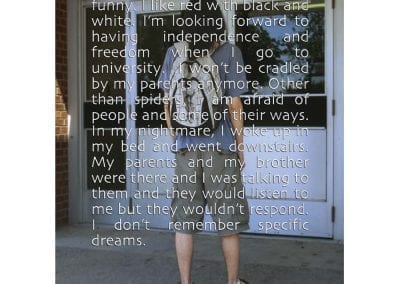 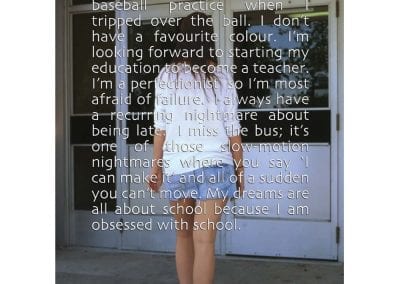 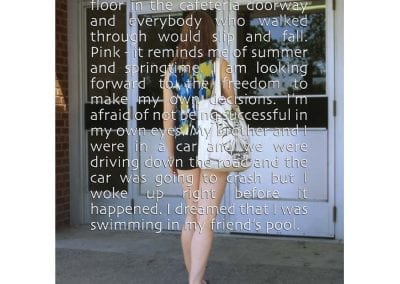