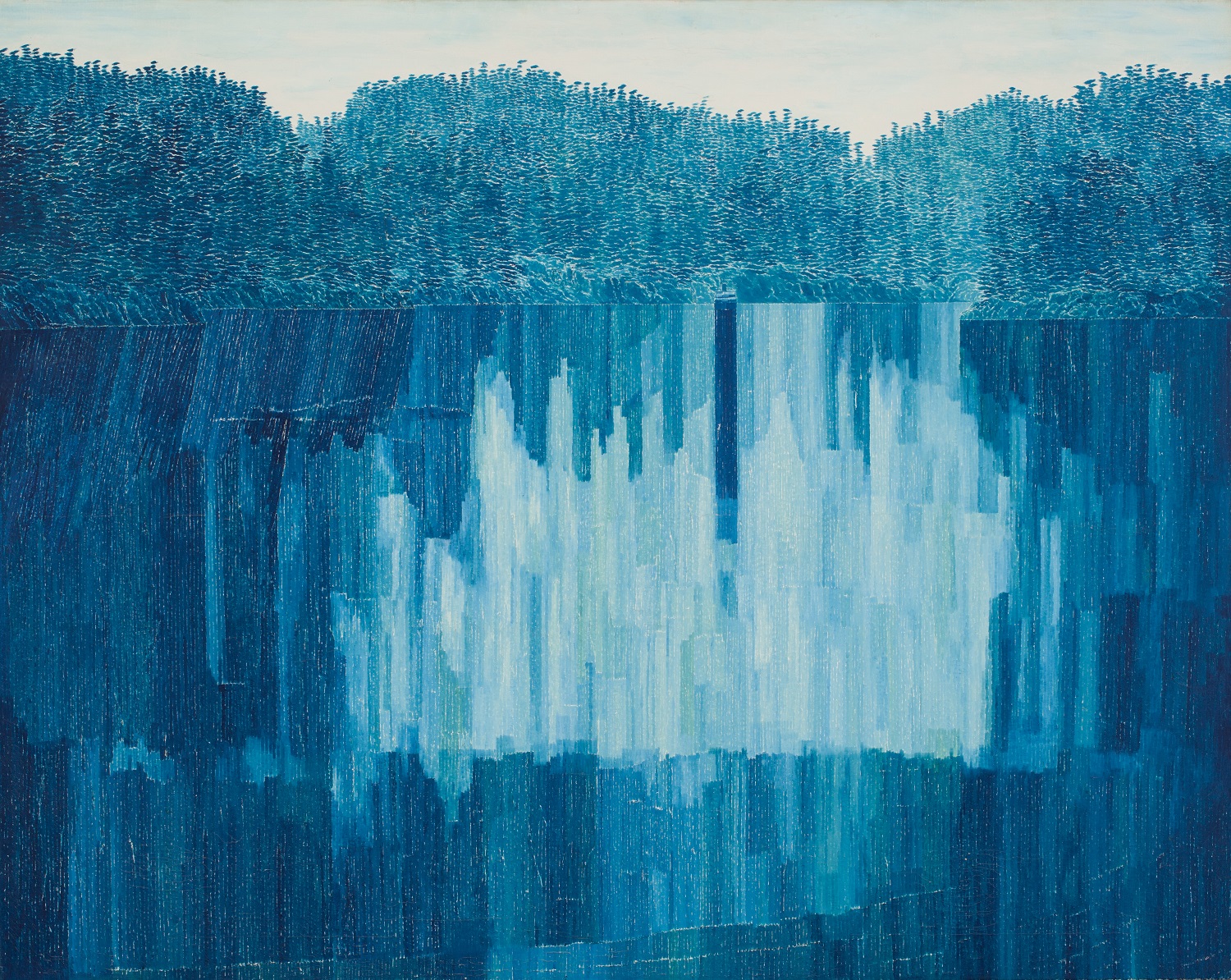 Kazuo Nakamura (1926–2002) was a Japanese-Canadian painter and sculptor and a founding member of the Toronto-based collective Painters Eleven (1953–1960). Inspired by the idea that there is an internal structure in all living things, Nakamura’s works embody his questing eye and desire for balance amidst the entropy of the world.

Blue Reflections, B.C. (1964) is a melancholic painting of a dense forest enclosing a bay, with a single ship breaking the surface of the water. The painting is rendered in the artist’s characteristic blue palette, suggesting an interior landscape of great tranquility. Despite the serenity of the scene, Nakamura’s experience of the B.C. landscape was not always so untroubled. At fifteen, Nakamura was imprisoned in the WWII-era Japanese-Canadian internment camps in the British Columbian interior. This experience was the subject of much of his earlier watercolours and drawings; later works, while inspired by mathematical and scientific theories, sought order in a universe that we often experience as chaotic and cruel.

Born in Vancouver, Nakamura and his family moved to the Toronto after they were released from the Japanese-Canadian internment camps in 1948. He studied art at the Central Technical School. In 1955, he was featured in the first Biennial Exhibition of Canadian Painting at the National Gallery of Canada. His work was exhibited internationally throughout his life and since his passing in Toronto in 2002. His work was featured in the major retrospective exhibition, Kazuo Nakamura: A Human Measure, at the AGO in 2004.