The MacLaren Art Centre is excited to host a series of events, from art workshops to virtual tours, talks and more — reflecting on Black History Month.

What’s On @ the Gallery 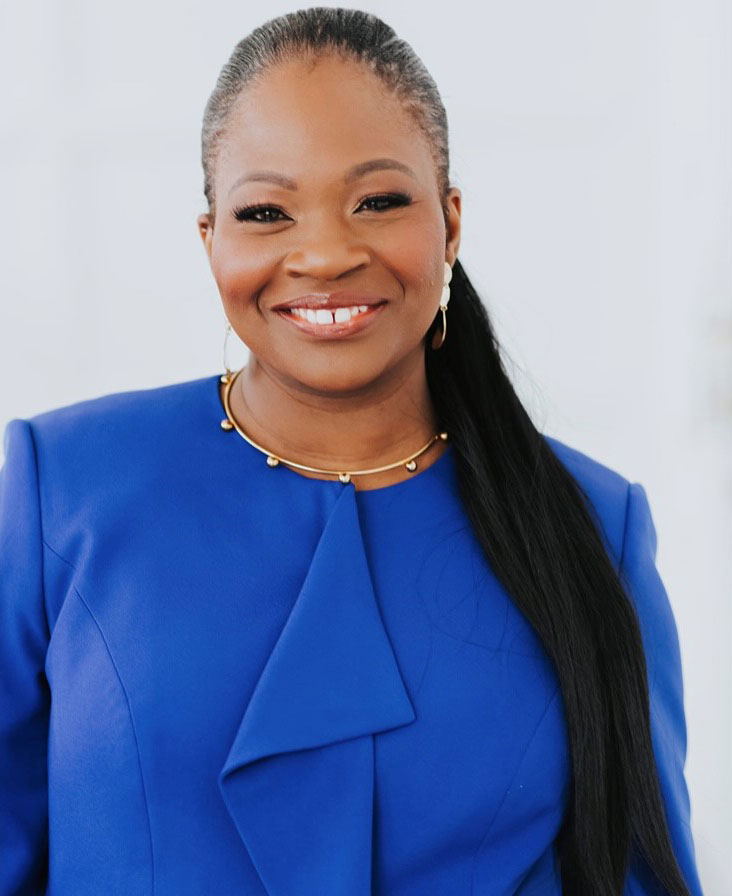 In partnership with Making Change, Debbie Opoku-Mulder will focus her talk around diversity and inclusion. Through sharing her lived experiences as Black woman, Opoku-Mulder brings a conversation about how building inclusion is a lifelong journey. She will discuss Black Lives Matter and reflect on why Making Change was launched and detail their community work. Meant to move the conversation forward and being mindful of the sensitive nature of the discussion, Opoku-Mulder will share perspectives and suggestions on becoming an ally and doing self-work around anti-Black racism.

Debbie Opoku-Mulder holds a Master’s degree in Counselling Psychology. She is a registered psychotherapist, speaker and a mental health advocate. Debbie is passionate about equipping individuals and groups with the tools and resources needed to educate and motivate themselves to be innovative and creative.  Her work is guided from an anti-oppressive, healing focused, trauma informed and anti-Black racism lens.

As a therapist for thirteen years, Debbie works to erase the stigma associated with mental health and give people the tools they need to share their story and recognize that they are not alone on this journey.  Debbie is proficient in providing training and her talks are informed by her direct experience with stigma and the mental health care system.  This year she was listed as Canada’s Top 100 Black woman to watch 2022 by CIBWE.  She brings her diverse and unique perspective to every audience. 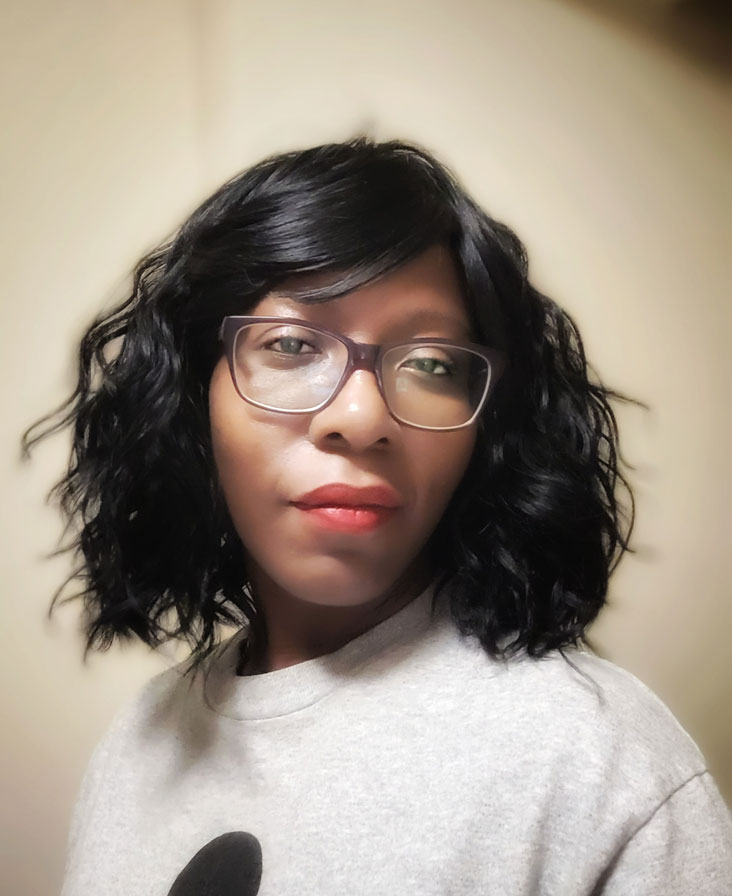 Join us for a fun Family Day at Shaks’ World Community Centre! Led by regional artist Shanique Brown, families will be engaged in a creative painting and embroidery project, followed by musical entertainment. All are welcome. This event is organized in partnership with Shaks’ World.

Shanique Brown is a Jamaican born artist. She has a passion and appreciation for the creative arts, which was influenced by her surroundings growing up. Her grandmother crocheted, her grandfather a carpenter, her mother a fashion designer and her dad a jeweler. It’s no coincidence throughout her life she has explored various mediums such as fabric/ fibre art, jewelry-making and painting to name a few.

Shanique has studied fashion design at Seneca College, which led to her working in the quality control Industry for eight years. A few years ago, she pivoted to study social service work and has worked with organizations supporting people living with Alzheimer’ and dementia.  She currently is working in the health field. 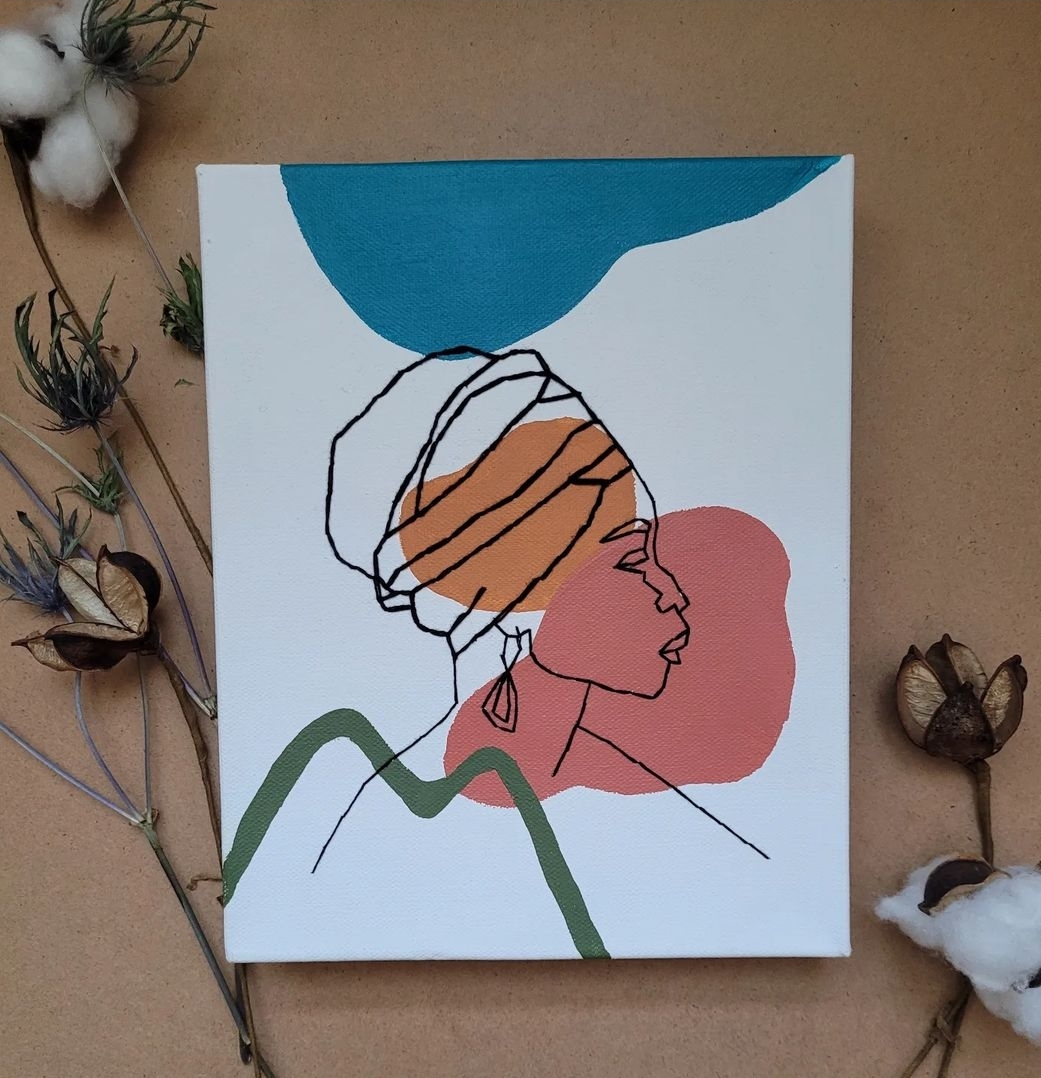 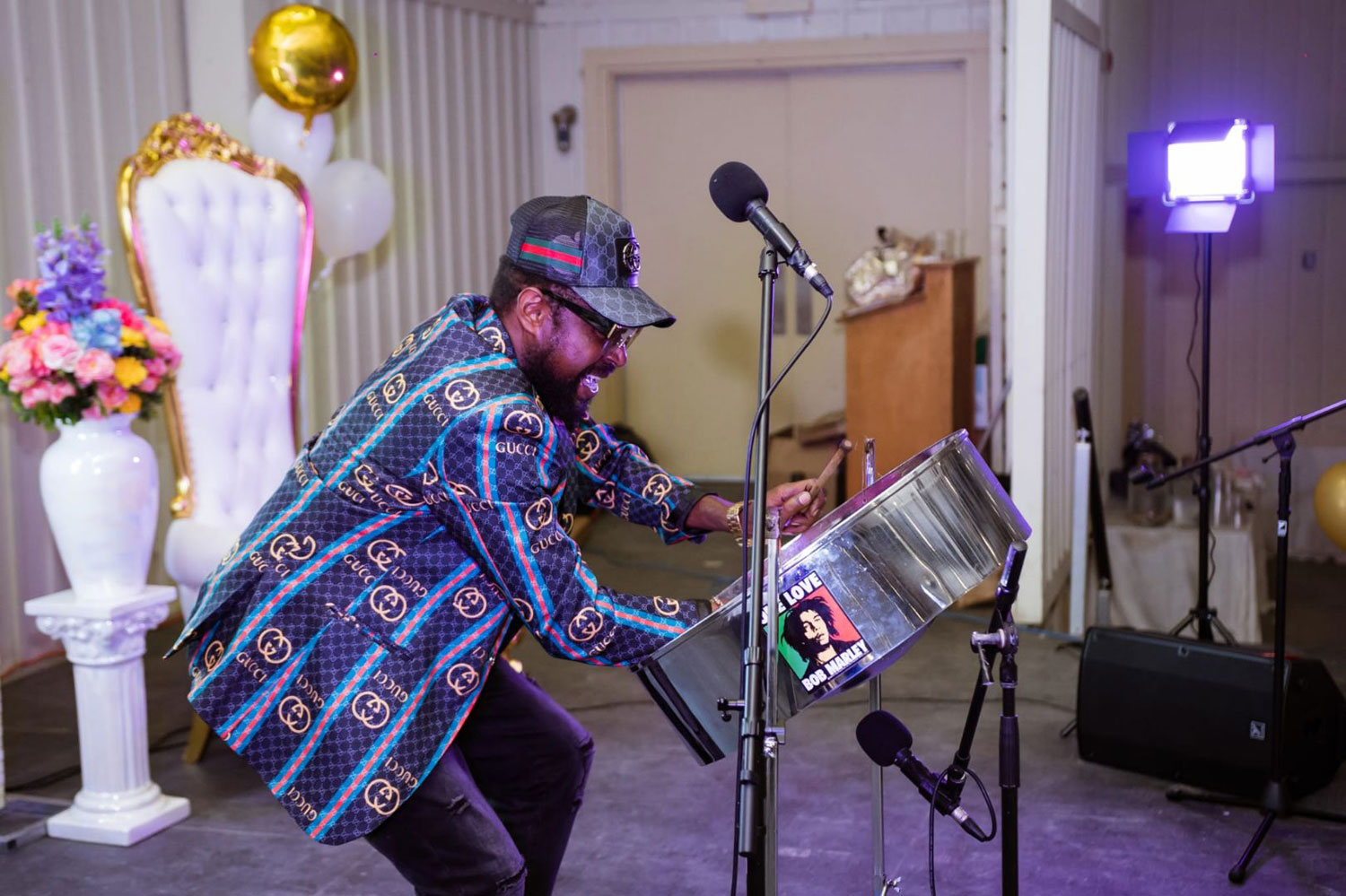 Join us for an engaging presentation on Canadian Black history, Afro-Canadian Caribbean culture and diversity changes happening in Simcoe County. A steel pan performance will follow, with an opportunity for young audiences to try the steel pan for themselves, as well as make a working version in a fun hands-on workshop. This event is meant to give background on the beginnings of Caribbean culture to Ontario, provide a sense of the struggles and show how we can all be allies in welcoming diverse cultures in our communities. Organized by Making Change.

D’Jango Pan Fyah is a two-time Caribbean Music and Entertainment Award winner. Roy (D’Jango) McRae was born in Guyana into a musical family. His father is a percussion player, his mother a gospel singer, his siblings and cousins are musicians and lastly, his uncles are all steel pan artists, players, makers, tuners and arrangers. Having been surrounded by musical inspirations, it’s no surprise that by the tender age of five, D’Jango started to play the Tenor Pan in one of Guyana’s most popular band, Guynec Superstars, headed by his uncle Washi, for eight years.

D’Jango pursued his passion for music and studied at the University of Guyana. His big break came when he represented Guyana as the soloist for the World Steel Pan Individual Solo Festival held in Trinidad and Tabago.

In 1998, D’Jango migrated to Canada and formed the band, Xplosion in 2001, who won a Canadian Reggae Award for best Reggae band in 2002. In 2007, he parted ways to focus on the demand for his solo career. Having recorded two steel pan albums and is currently working on his original reggae album with influences from different genres of music. D’Jango is known as one of Canada’s most versatile musician and, “the baddest steel pan artist eva!”-Blizz 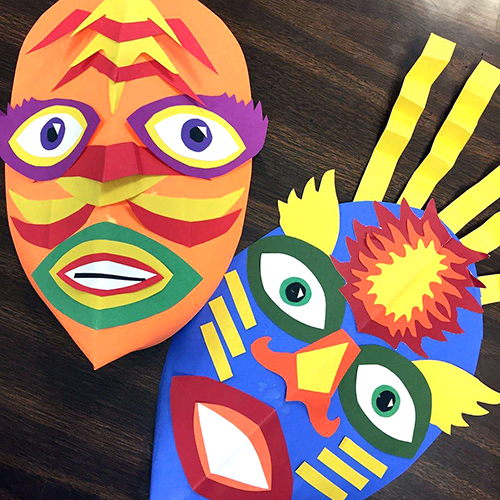 Led by regional artist Angela Francis, families will learn more about Caribbean carnival culture and the artistry and purpose of mask-making as a part of masquerade performance. Using the art of collage and a variety of coloured and textured papers, participants will create their own vibrant mask.

Angela Francis is a Canadian-Grenadian artist, whose focus is primarily portraiture. She has studied Fine Arts at Georgian College and Graphic Design and Animation at The Art Institute of Toronto. Francis also studied Visual Arts at The University of The West Indies in Trinidad. She is the owner of AFFA Studio on Dunlop Street in Barrie and is highly sought after in her career, not only for her talents but also and primarily her charismatic personality. Angela has studied multiple different media over the years and has gained various degrees and certification and has now settled down into painting and teaching what she knows to others as her legacy. 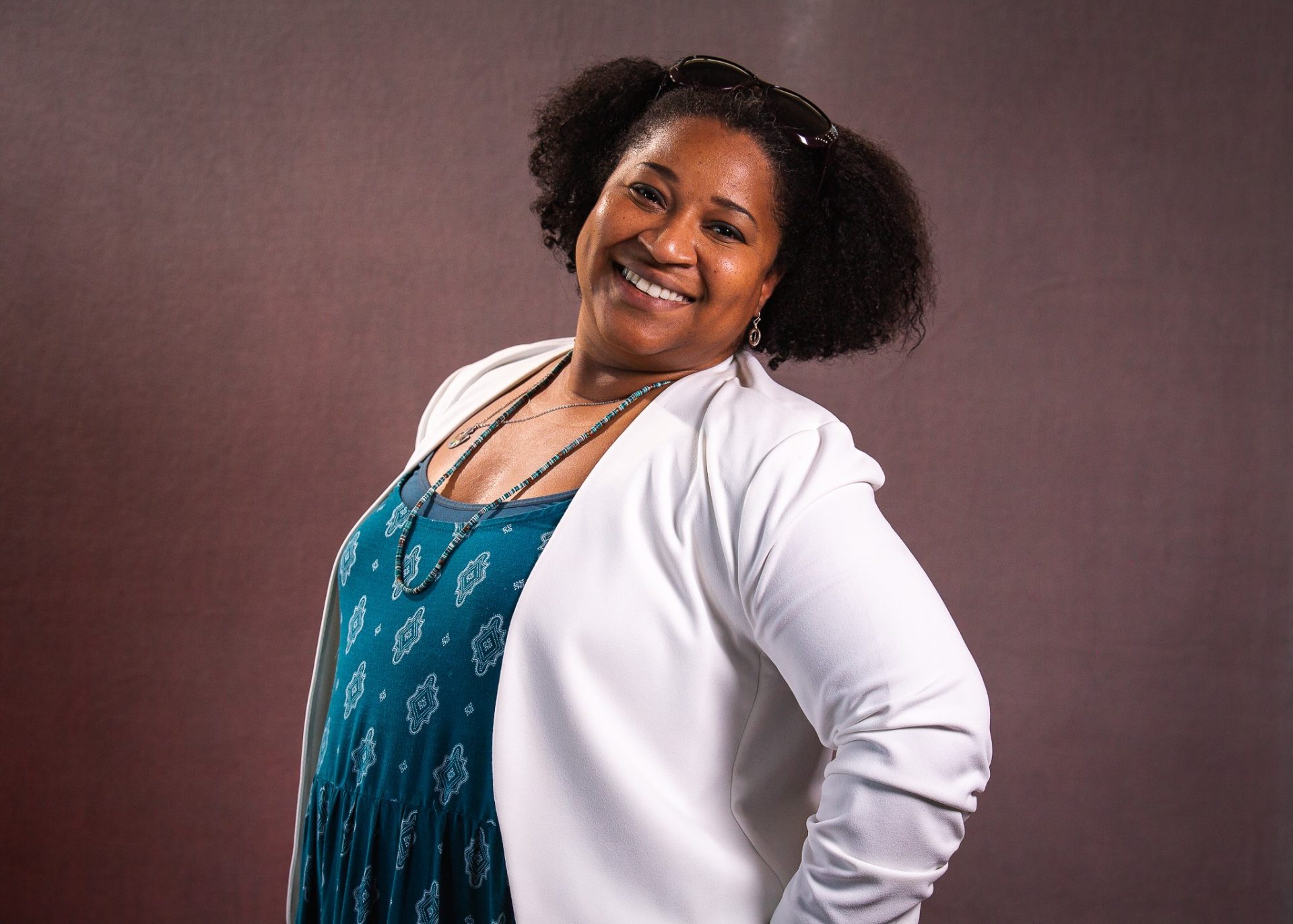 Black Soul, Martine Chartrand, provided by the National Film Board of Canada

Martine Chartrand’s animated short dives into the heart of Black culture with an exhilarating trip though history. Watch as a young boy traces his roots through the stories his grandmother shares with him about the events that shaped their cultural heritage.

Christopher Changes His Name, Cilia Sawadogo, provided by the National Film Board of Canada

This animated short for children tells the story of Christopher, a little boy who didn’t want to be called Christopher anymore. Such a common name! When Aunty Gail from Trinidad tells him a story about a Tiger, Christopher changes his name to Tiger. But then he finds a better name. When he has trouble cashing a birthday cheque, he realizes maybe he should stick with his original name… or maybe not?

Joe, Jill Haras & Jill Haras, provided by the National Film Board of Canada

This animated short tells the story of Seraphim “Joe” Fortes, one of Vancouver’s most beloved citizens. Born in the West Indies, Joe Fortes swam in English Bay for over than 30 years. A self-appointed lifeguard at first, he became so famous that the city of Vancouver finally rewarded him with a salary for doing what he loved best. He taught thousands of people to swim and saved over a hundred lives. Yet there were some who did not respect him because of his skin colour. Through his determination, kindness and love for children, Joe helped shift attitudes.

The Magic of Anansi, Jamie Mason, provided by the National Film Board of Canada

The Magic of Anansi by Jamie Mason

This animated short tells the story of Anansi, a little spider who is tired of being snubbed by other the jungle animals, especially Mr. Tiger. As Anansi plots and schemes to change things, he realizes he can’t gain respect by putting others down.

Part of the Talespinners collection, which uses vibrant animation to bring popular children’s stories from a wide range of cultural communities to the screen.

What’s on in the Community 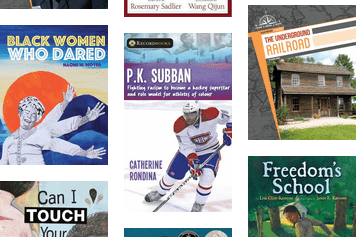 Learn about Black history 365 days of the year! Celebrate the many achievements and contributions of Black Canadians who, throughout history, have done so much to make Canada the culturally diverse, compassionate, and prosperous nation it is today.

Check out these books from our children’s collection highlighting famous Black people throughout history, Black authors, and stories about Black people, both fictional and real. 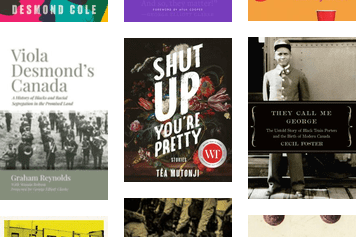 Learn about Black history 365 days of the year! Celebrate the many achievements and contributions of Black Canadians who, throughout history, have done so much to make Canada the culturally diverse, compassionate, and prosperous nation it is today.

Check out these books highlighting famous Black people throughout history, Black authors, and stories about Black people, both fictional and real. 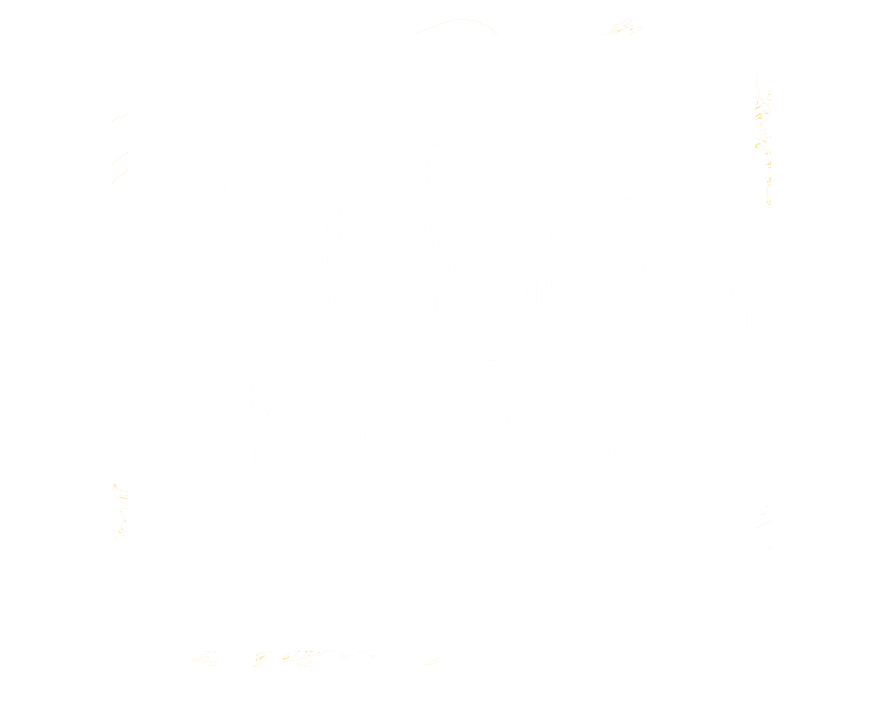