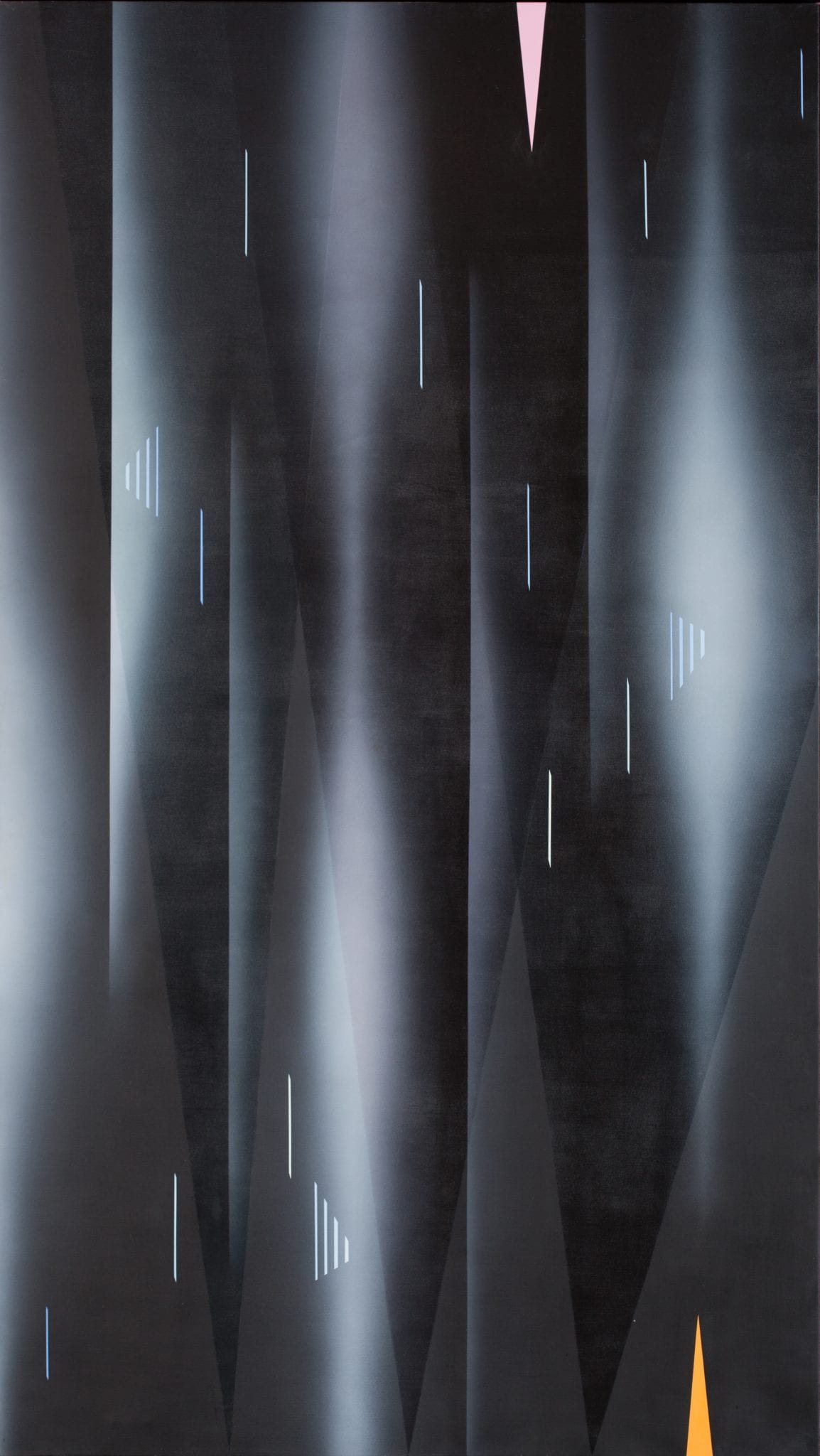 Janet Jones is a Toronto-based established artist and scholar, whose paintings investigate the hybrid spaces of contemporary globalism in relation to feminist geography and technology. Inspired by her meanderings in the financial centers of cities, Jones creates techno-dystopian cityscapes. DaDa Flow #1 portrays a monumental skyscraper as a vertical void caught in a sinister interplay between light and dark contrasts. Jones harnesses the foreboding exuberance of technology and casts the emanating glow of artificial light on innocuous public spaces. Here, abstraction is reinvented, giving way to illusionistic space, figurative experiments, and a sensuous application of paint.

The flat, uninflected, geometrical composition gives DaDa Flow #1 an all-at-once presence that belies the distilled sensation and the methodical technique of its creation. As is evident in her technique, her formal education is grounded in the legacy of abstraction, having earned her BFA at Concordia University, Montreal under the tutelage of monumental authors of the Montreal-based Plasticien movement, including Guido Molinari and Yves Gaucher. She also holds an MFA from York University and her PhD from New York University in the area of art theory and criticism.

She has received international and national representation, with exhibitions at The Drawing Centre, New York City; the Museum of Contemporary Canadian Art, Toronto; and the Kunsthalle Erfurt, Germany. Her work is held in the permanent collections of the Winnipeg Art Gallery; the MacKenzie Art Gallery; Regina; and the Robert McLaughlin Gallery, Oshawa, among several others. Jones lives and works in Toronto, where she is a Professor of Painting in the Department of Visual Arts and Art History at York University and holds the distinguished posts of Director of the Graduate Program and Chair of the Department of Visual Arts.