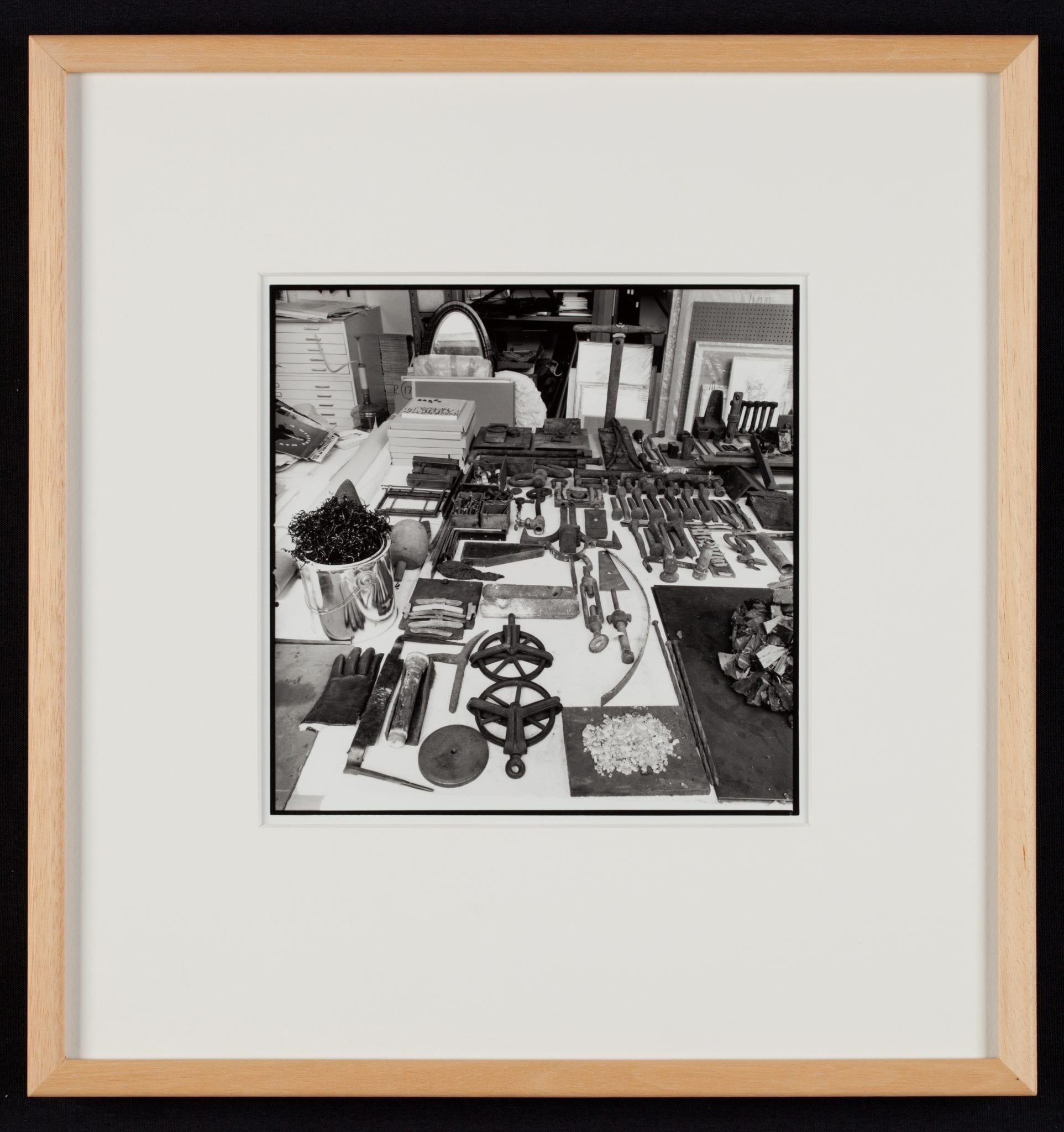 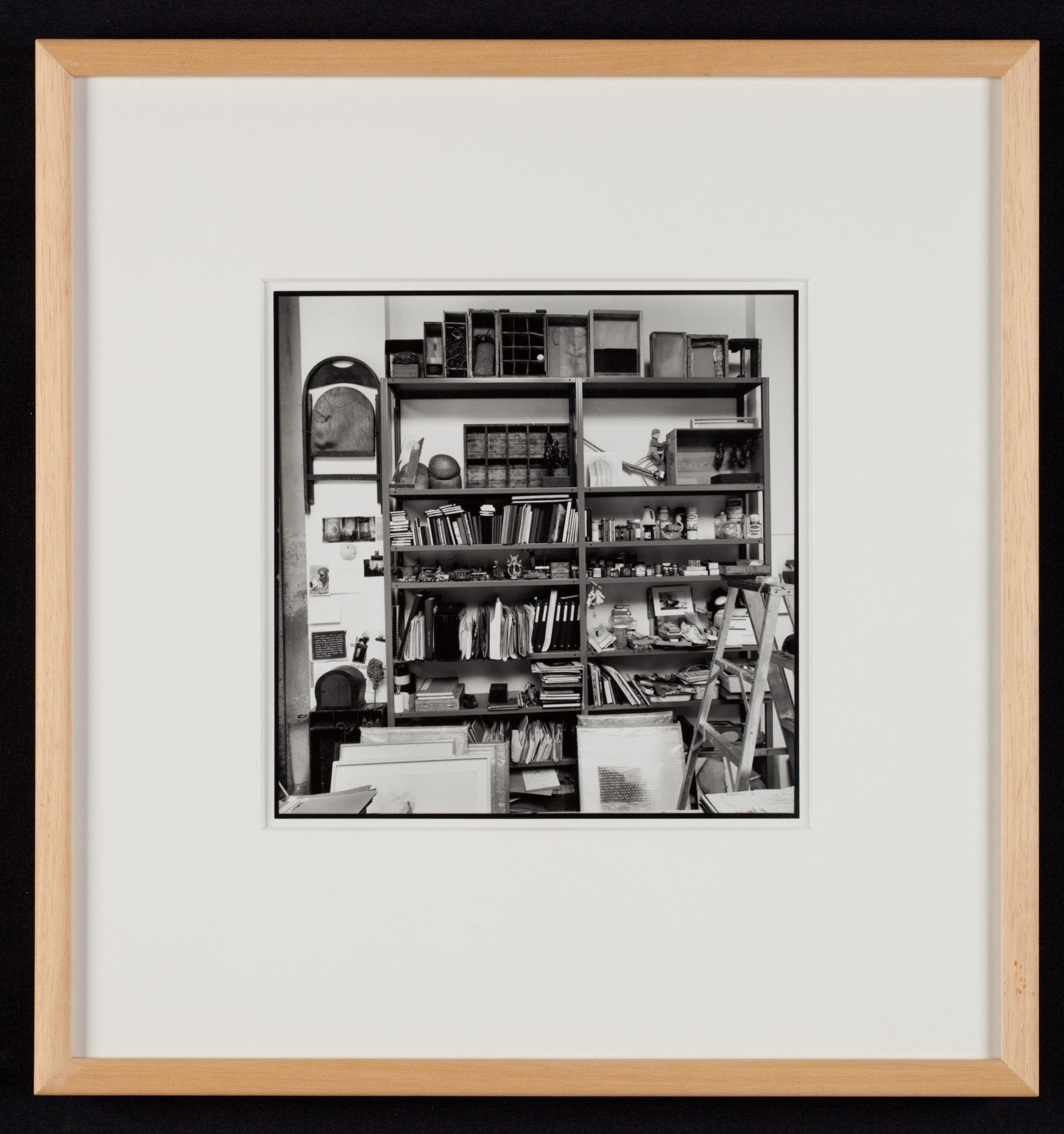 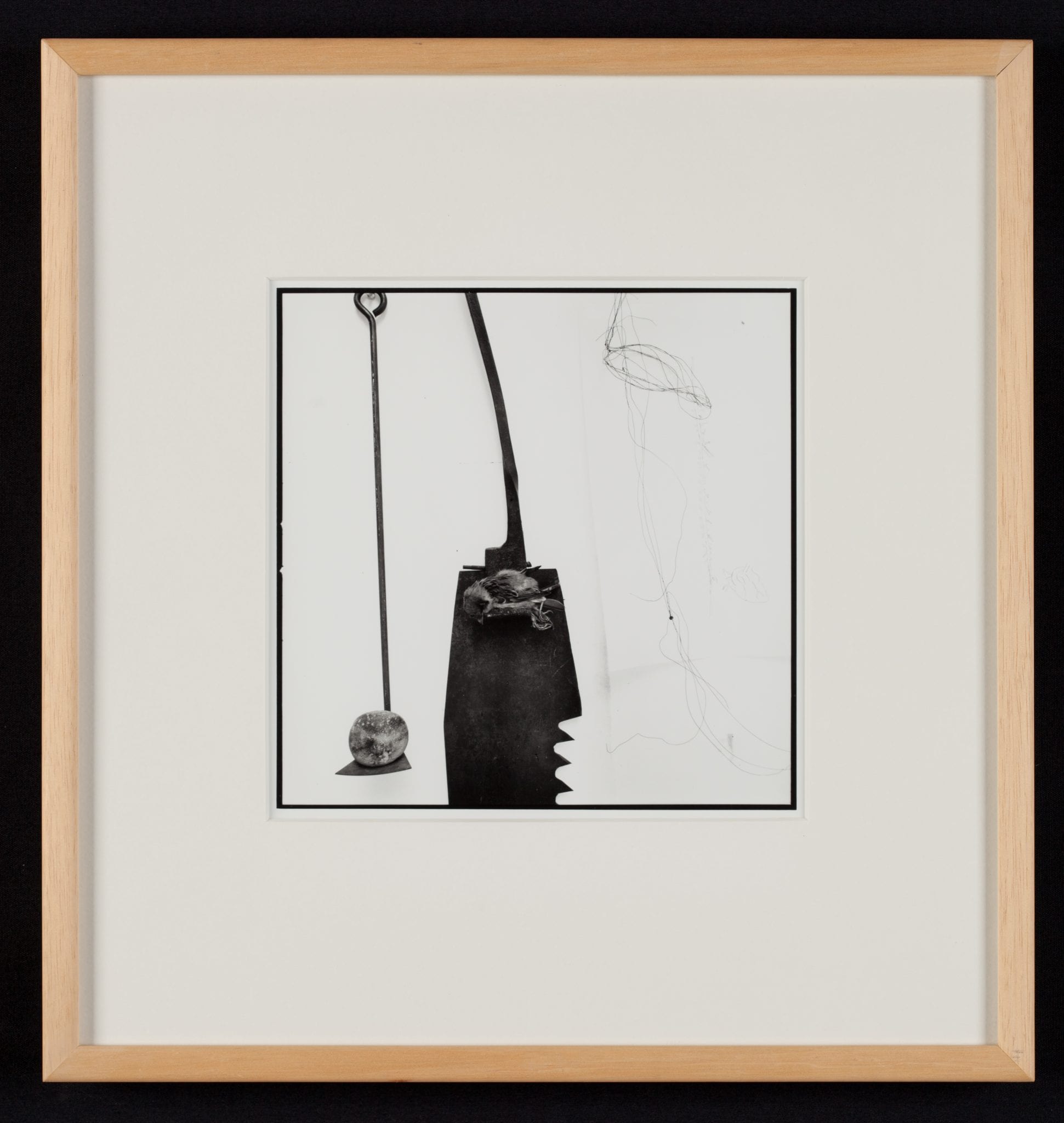 In the fall of 1994, writer Georges Bogardi and photographer Geoffrey James profiled Betty Goodwin’s studio practice for Canadian Art magazine. Geoffrey James’ The Studio 1, 2, 3 and 8 result from this collaboration, functioning both as illustration and standalone works. The feature story highlights Goodwin’s restless search for meaning and the ways in which her studio was a site of endless experimentation, refinement and revision. Bogardi remarks, “in the studio, Goodwin is an indefatigable worrier who “burrows”—her favourite expression—into the material till the result is right: not exactly beautiful perhaps, not in the conventional sense, but somehow undeniably truthful.”

The photographs accompanying this feature are environmental portraits, revealing Goodwin and her practice in evocative fragments. James isolates vulnerable configurations of objects in some photographs; in others, he encompasses whole tableaux of objects and images, artworks under Goodwin’s scrutiny or undergoing some transmutation under her exacting hand. In a 2003 Meet the Artist interview at the National Gallery of Canada, James stated “a really good photograph has a strange transporting character; it sort of simulates the real, although a photograph is not the same as the subject.” This series of photographs is James’ stirring tribute to the visionary Betty Goodwin, highlighting James’ keen-eyed approach to the generative clutter that accumulates around art production.

Geoffrey James (b. 1942, Wales) is a Canadian photographer, educated at Wellington College, Berkshire and Wadham College at Oxford. James worked first as a journalist in Philadelphia and Montreal, and as an arts administrator at the Canada Council. James turned to photography full-time at 40, and has routinely exhibited his work internationally from the mid-1970s. A recipient of the Gershon Iskowitz Prize and the Governor General’s Award in Visual and Media Arts among others, James is also a fellow of the Graham Foundation in Chicago and the John Simon Guggenheim Foundation in New York. In March 2016, James was named Toronto’s first Photo Laureate, a position he will hold through 2019.