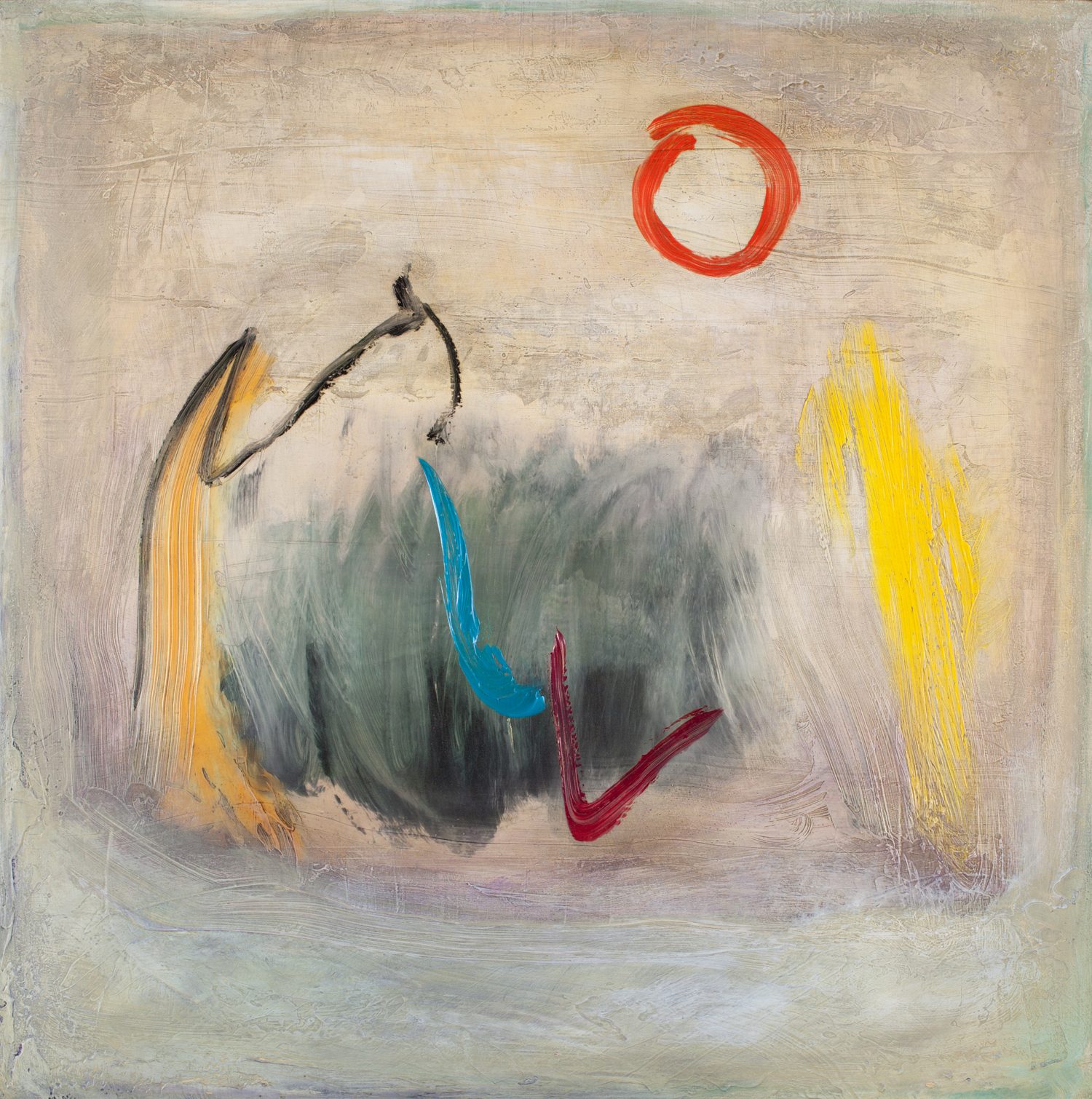 Canadian artist Alice Teichert is known for her abstract paintings and mixed-media works that explore the formal qualities and suggestive potential of language. Abandoning the signifying function of the written word, Teichert mines the enigmatic space between textual perception and interpretation. This vocabulary enters her work as glyph-like inscriptions and abstracted forms melded between layers of rich colour and pigmented glazes.

In Footings, Teichert employs her signature automatist technique: an intuitive method of mark-making that hovers between painting and writing. The work is characteristically illusionistic and indecipherable, with imagery that suggests a landscape but remains non-referential. As Teichert remarks, “Transparency and translucency extend the physical environment further allowing me to move deeply into a playful dance of light and textural exchanges. […] A visual notation reveals its own form of resonance like ripples of a language dancing in space, water and time.”

Alice Teichert is a multidisciplinary artist based in Port Hope, Ontario. She was born in Paris, France and raised in a multi-lingual environment. She has built an international career with over thirty solo exhibitions across North America, Europe and Australia. Her work has been collected by many institutions including the Government of Ontario, North York; the Art Gallery of Northumberland, Cobourg; Musée de la Ville de Valence, Valence; France and the MacLaren Art Centre, Barrie.