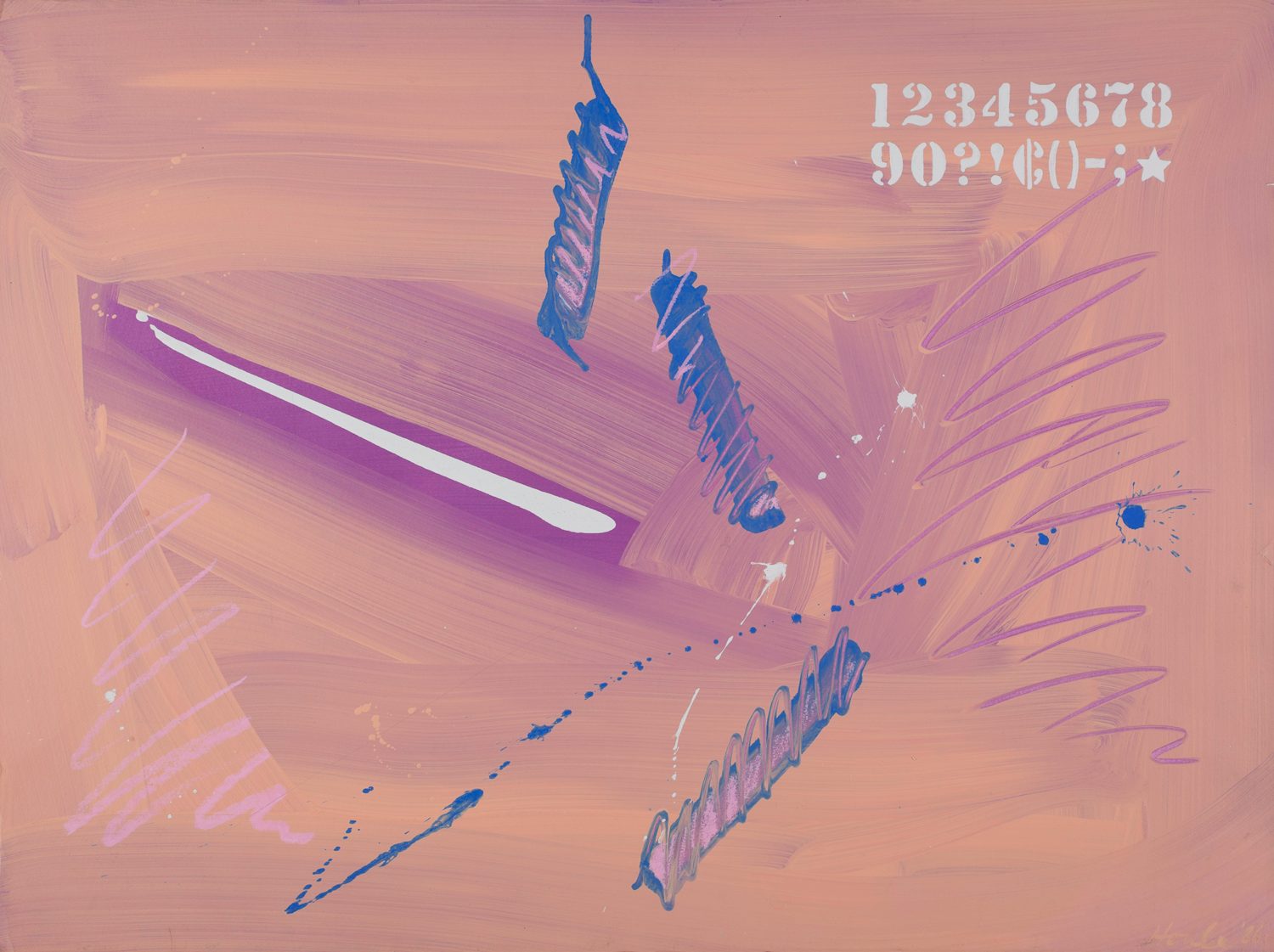 Robert Houle is a pivotal figure in contemporary Canadian art whose impact has shaped the national cultural landscape. Working during a period of dramatic change, Houle is applauded for helping free Indigenous art from its relegation to anthropological and ethnographic realms, declaring that Indigenous art should not be treated as “artifact” but as art worthy of inclusion in mainstream institutions.

During his studies, Houle was fascinated by abstraction, particularly the linear compositions of Piet Mondrian and colour fields of Barnett Newman. In the studio, abstraction was his first stylistic impulse; however, rather than imitating, he developed his own unique style that referenced both modernist abstraction and his Anishinaabe Saulteaux heritage. This duality, or bi-culturalism, is a common thread in Houle’s work. “The neutrality perceived in abstraction is the making of art to create a space where one can deal with bi-cultural issues of identity,” Houle remarked in a 1997 artist statement.

Houle’s compositions offer an intuitive arrangement of forms based on personal experiences with the Canadian landscape. His distinct gestural marks refer to topographical features and create a sense of atmospheric lightness. Treaty Number Series #4 contains non-narrative text used by the artist to deconstruct codes of Western and Indigenous cultures.

Robert Houle is an artist, curator, critic and educator who has been active in the arts since the mid-1970s. He received a BA in Art History from the University of Manitoba and a BA in Education from McGill University in Montreal. His work has been widely exhibited nationally and internationally. Houle was born in St. Boniface, Manitoba and currently lives in Toronto.