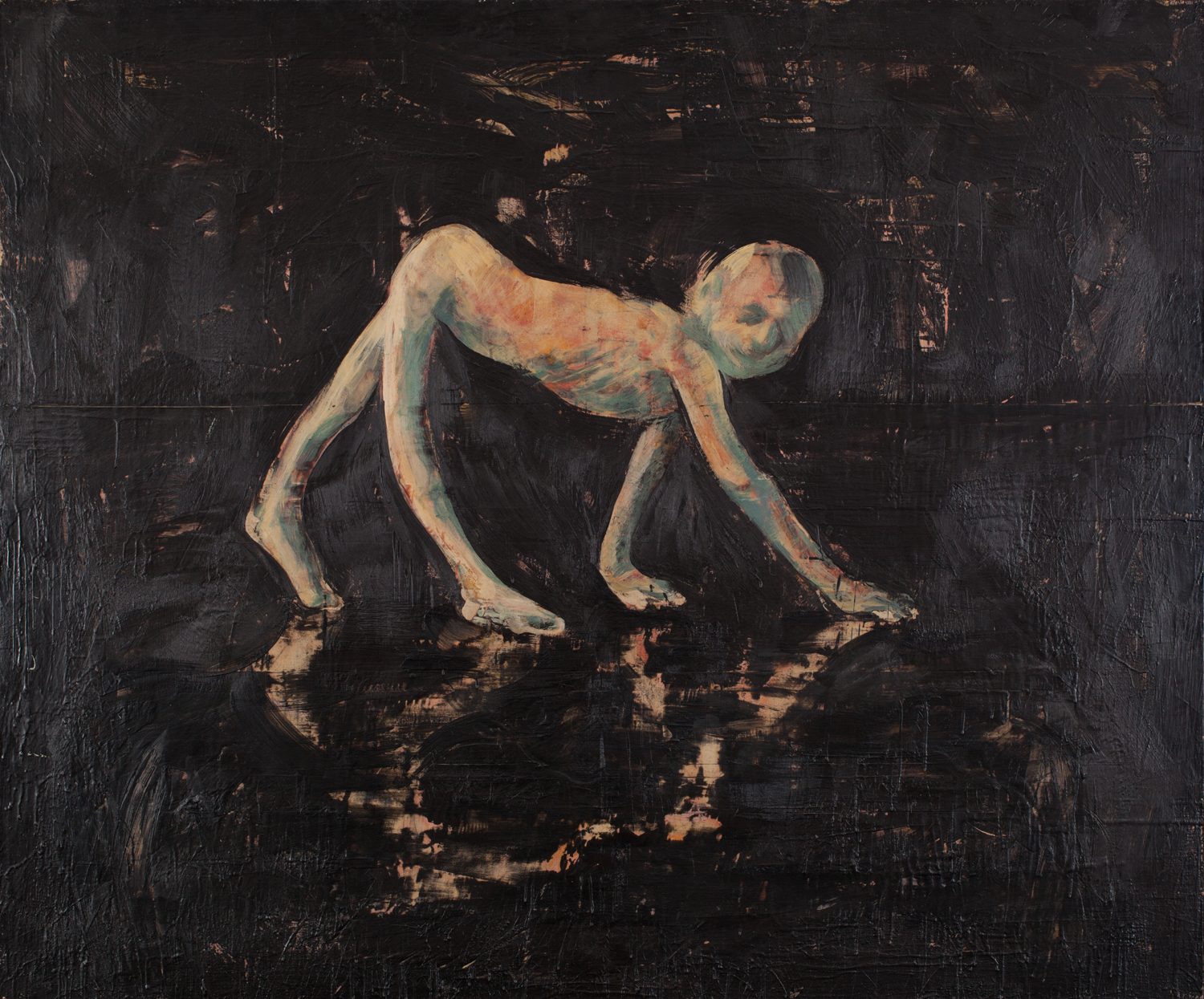 Tony Scherman is a Toronto-based artist. Much of his work is figurative and references historical themes and subjects, including Napoleon, the French Revolution and the American Civil War. The Wealth of Nations (1985) is a disturbing, dreamlike portrait of a child crawling through a shadowy space. Painted in encaustic, the surface is thick and appears almost wet. The figure in this image is modeled after American photographer Eadweard Muybridge, best known for his photographically illustrated book Animal Locomotion (1887). This volume comprised 781 plates documenting isolated, serial movements of animals and people performing tasks both mundane and bizarre. Intended as a pedagogical tool for the study of human and animal anatomy, this volume was also important as an adjunct to life drawing in art curriculum at institutions wealthy enough to afford the expensive set. Here it continues that long tradition, albeit in a more sinister fashion.

In The Wealth of Nations, Scherman’s displacement of his subject from its serial presentation—titled in the original, Infantile Paralysis—is chilling. Isolated from a scientific (or pseudo-scientific) function, the crawling figure speaks to deeply buried fears: his blank face surveys the viewer, inscrutable and terrible in his gaze. Scherman’s title is taken from Adam Smith’s book of the same name, the 1776 study that called for a reduction on regulations of trade. An early proponent of the free market, Smith is a lightning rod for criticism for the unequal social relations that derive from such a system of exchange. In presenting this sinister figure under the same title, the painting suggests the inherent perversion of this order.

Tony Scherman attained his MA at the Royal College of Art in London, and has exhibited his work throughout North America, Europe and Asia. His work is collected internationally, and is included in the collections of LACMA, Los Angeles; the High Museum of Atlanta; Centre Pompidou, Paris; the Art Gallery of Ontario, Toronto; Musée d’Art Contemporain, Montreal; Musée des Beaux Arts, Montreal; and the MacLaren Art Centre, Barrie.