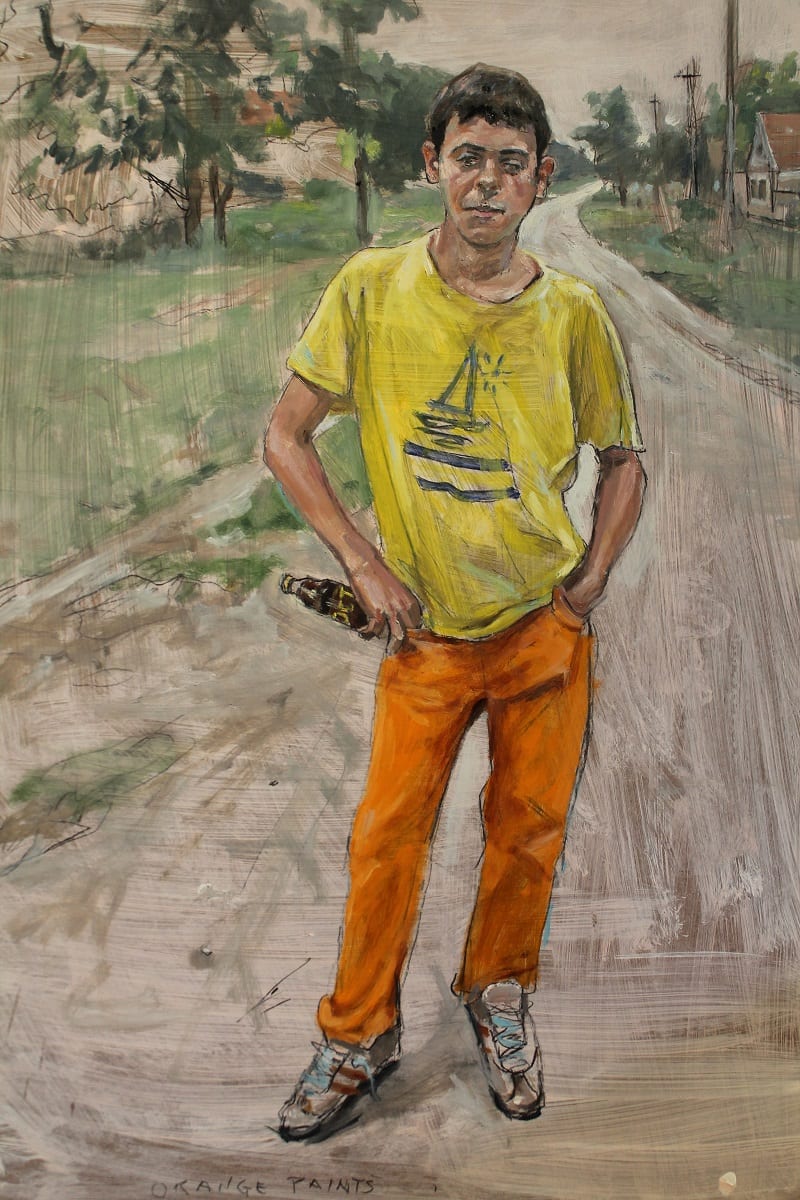 Sadko Hadžihasanović (Sadko) is known for his representational paintings and drawings that combine rich narrative elements with social commentary and moments of wry humour. In recent years he has been painting the Balkan Roma, a marginalized ethnic group in Southeastern Europe. Orange Jeans depicts a young Roma man posing on the streets of the Radojevo, a village in northern Serbia. Prejudice has and continues to be a reality for Roma people, sometimes referred to as “gypsies”, a pejorative term associated with illegality and irregularity. In these sincere works, Sadko depicts his subjects with a disarming sense of care and a desire to quell stereotypes that persist around the Roma people.

Sadko was born in Bihac, Bosnia in 1959 and immigrated to Toronto in 1993. He studied at the Academy of Fine Arts in Sarajevo, Bosnia, and earned his MFA at the University of Belgrade in 1984. He has participated in over thirty exhibitions in public galleries and artist-run centres across Canada and internationally. Sadko is represented by Paul Petro Contemporary Art in Toronto. He has taught at Georgian College since 2010, and from 2000 to 2015 taught at the University of Toronto. He lives in Toronto.