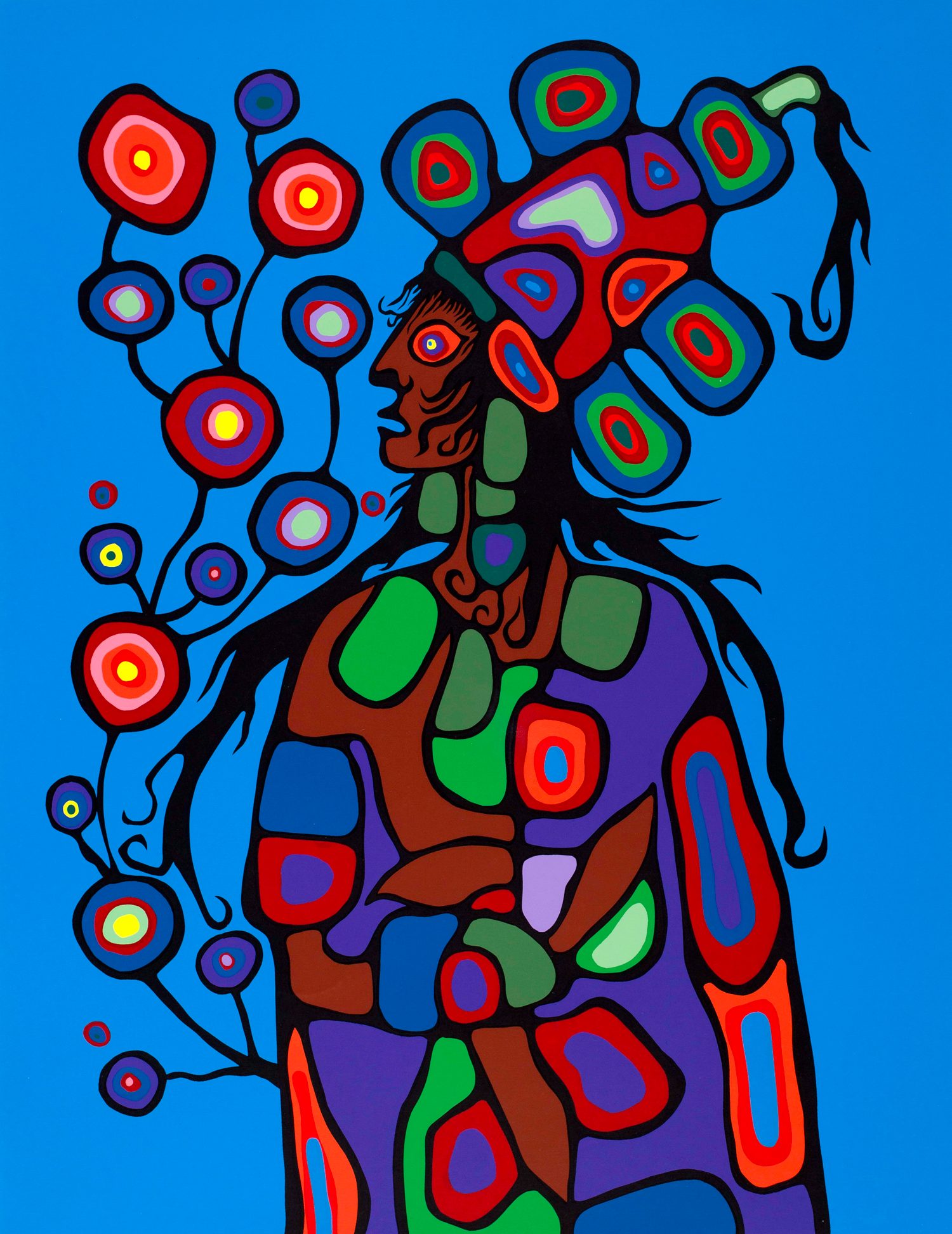 Norval Morrisseau (1931-2007) was a highly influential Anishinaabe artist who developed the distinctive painting style known as the Woodland School. Inspired by traditional systems of pictographic communication, Morrisseau’s expressive lines and vibrant colours communicate aspects of his worldview. This innovative approach, which became Morrisseau’s signature style, was adapted and personalized by subsequent generations of artists.

Also known as Copper Thunderbird, Norval Morrisseau was born on the Sand Point First Nations Reserve near Thunder Bay, Ontario. His work has been collected by numerous institutions including the McMichael Canadian Art Collection, the Royal Ontario Museum, the MacLaren Art Centre and the National Gallery of Canada, where he was the first Indigenous artist to have a major retrospective in 2006. Morrisseau was named a Member of the Order of Canada and the Royal Canadian Academy of Arts and to this day remains one of Canada’s best-known artists.

Morrisseau’s work represents enduring values of Anishinaabe culture including shamanism, the interconnection between all living things and the importance of family. In Shaman, Morrisseau’s distinctive pictographic style renders one such figure in bold, geometric lines, reminiscent of stained glass and mid-twentieth century modernism.