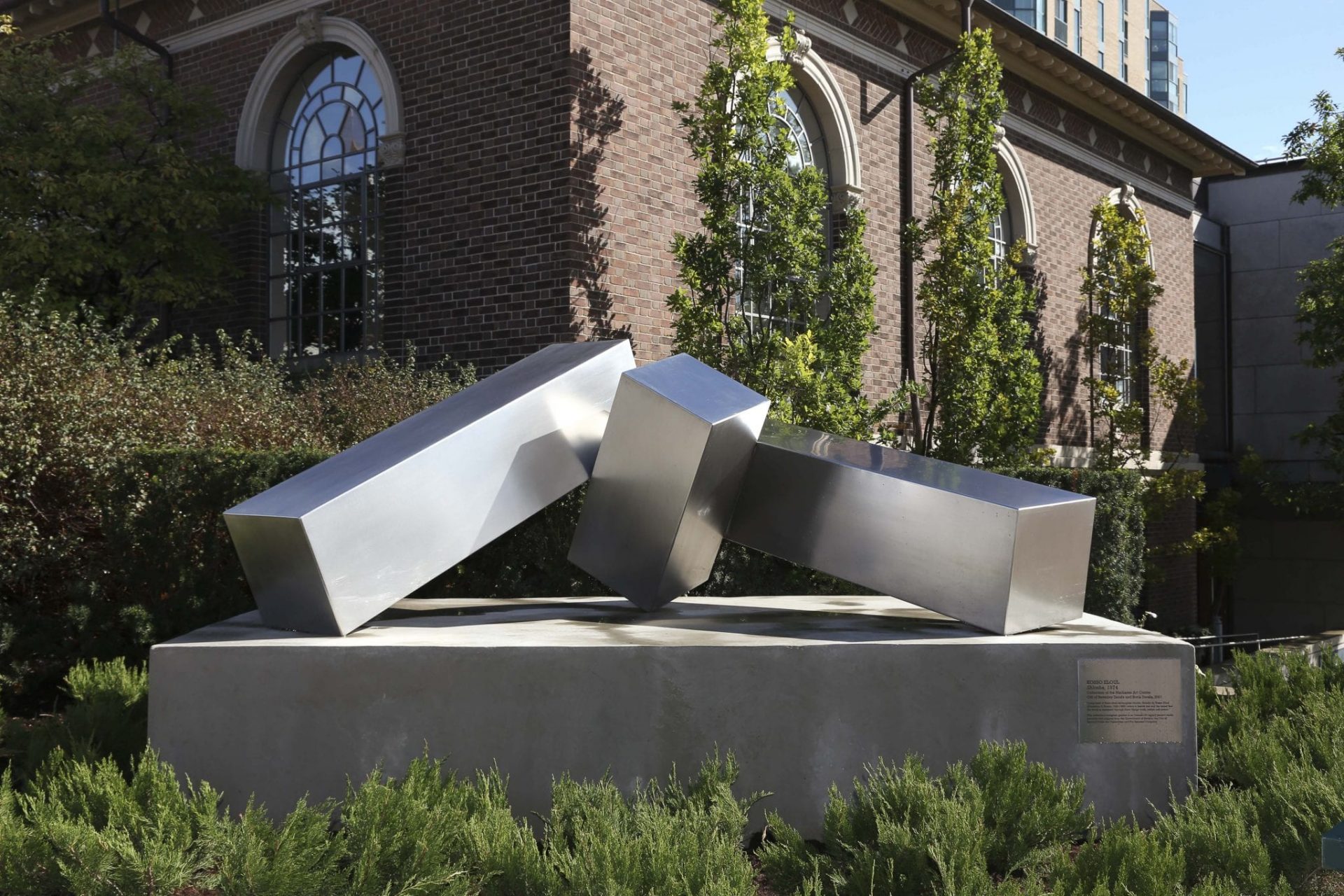 Kosso Eloul was born in the Soviet Union, and immigrated to Israel with his family at the age of four. After beginning his studies in fine art in Tel Aviv, Eloul transferred to the Art Institute of Chicago, where professors such as Frank Lloyd Wright and Laszlo Moholy-Nagy left an enduring impression on his approach to art-making. After serving in World War II, Eloul returned to his practice in Israel, representing that country at the 1959 Venice Biennale. The 1960s were a particularly generative time for the artist, and it was then he developed his unique vocabulary of balanced, geometric sculptures. It was also in the 1960s that Eloul met Canadian artist Rita Letendre, who he would marry in 1964. Eloul and Letendre lived for a period in Los Angeles, settling in Toronto in 1969.

Shlosha (1974) refers to Jewish law, and the belief that the world is sustained through three things: truth, justice and peace. Accordingly, Shlosha is comprised of three brushed steel rectangular blocks, the resiliency of the material offset by the delicate balance of the forms. This tension is central to Eloul’s vision: “The subjects of my works, the precariousness of life, the search for stability. Talk about aggression and tenderness, forces in action, motion and movement. My sculptures speak about relationships—relationships between any two, and sometimes three entities, as between people, ideas, countries, positions, etc.” While Eloul was particularly known for publicly sited works, his intention was to foster private and introspective moments, central to his Eternal Flame (1961), the focal point of Yad Vashem’s first Holocaust commemoration site established on the Mount of Remembrance in Western Jerusalem.

Kosso Eloul’s practice was internationally recognized, with exhibitions throughout Canada, the United States and Europe. Some of his best-known works remain on view throughout Canada, the United States and Israel—including fifty sculptures in Toronto alone. Significant works include Meeting Place (1984) at Bloor and Church in Toronto, and another edition of Shlosha (1974) on view on Avenue du Musée close to the Musée des Beaux-Arts in Montreal, which holds the work in their permanent collection. Eloul died in Toronto in 1995.