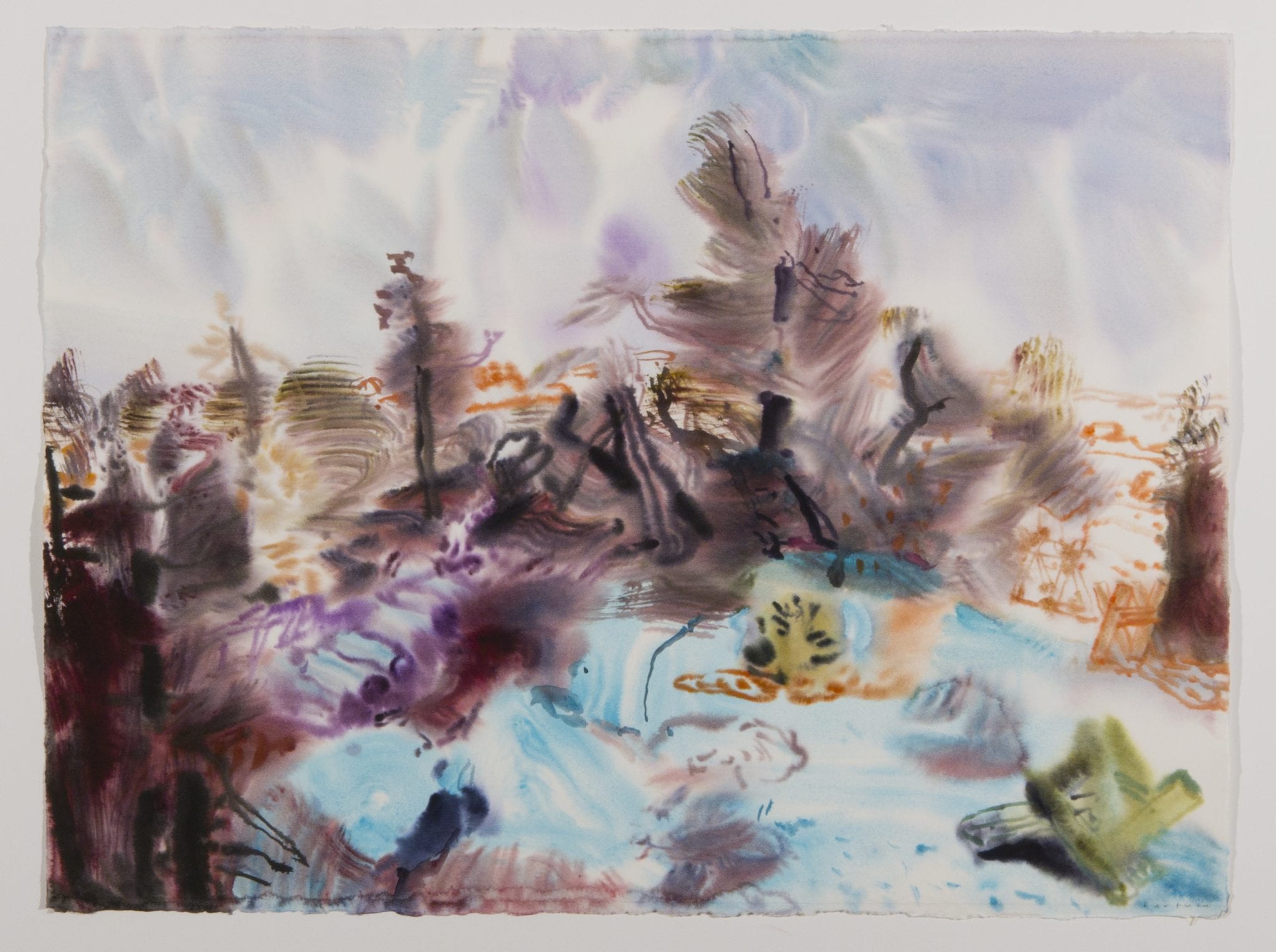 John Hartman is a leading regional artist from Lafontaine, Ontario, known for his expressive paintings, drawings and prints that depict intertwined relationships between people and place. Ranging from personal to historical to spiritual, his subject matter is diverse but almost always rooted in landscape.

Blue Rocks and Upside-Down Chair portrays an energetic, experimental landscape in the aerial style for which Hartman is well known. The forms, loose and verging on abstraction, are painted quickly and represent a more expressive version of the landscape than Hartman’s oil paintings. This small watercolour harkens back to Hartman’s work of the late ‘80s and early ‘90s, which was often deemed “primitive”. Yet, the depth of the horizon and richness of Hartman’s palette grant this work the same spatial grandeur of his oil painting. This watercolour continues the artist’s relationship with Georgian Bay with a sense of vigour and immediacy that characterize his oeuvre.

John Hartman studied fine arts at McMaster University in Hamilton and taught painting at Georgian College in Barrie from 1986 to 1999. He is represented by Nicholas Metivier Gallery in Toronto. In 1993 he had a solo exhibition at the McMichael Canadian Collection, Painting the Bay, which featured large-scale aerial views of Georgian Bay, painted thickly with narrative elements depicted in the skies. The exhibition gained Hartman recognition as a distinguished painter of the Canadian landscape. In 2003 Cities, a major solo exhibition, began its tour across Canada and was presented at the MacLaren in 2008. Cities further explored Hartman’s interest in the people and mythology around landscapes, featuring map-like depictions of place. With this series he turned his gaze to urban subjects, painting metropolitan locations as diverse as Glasgow, Manhattan, Vancouver and Toronto.