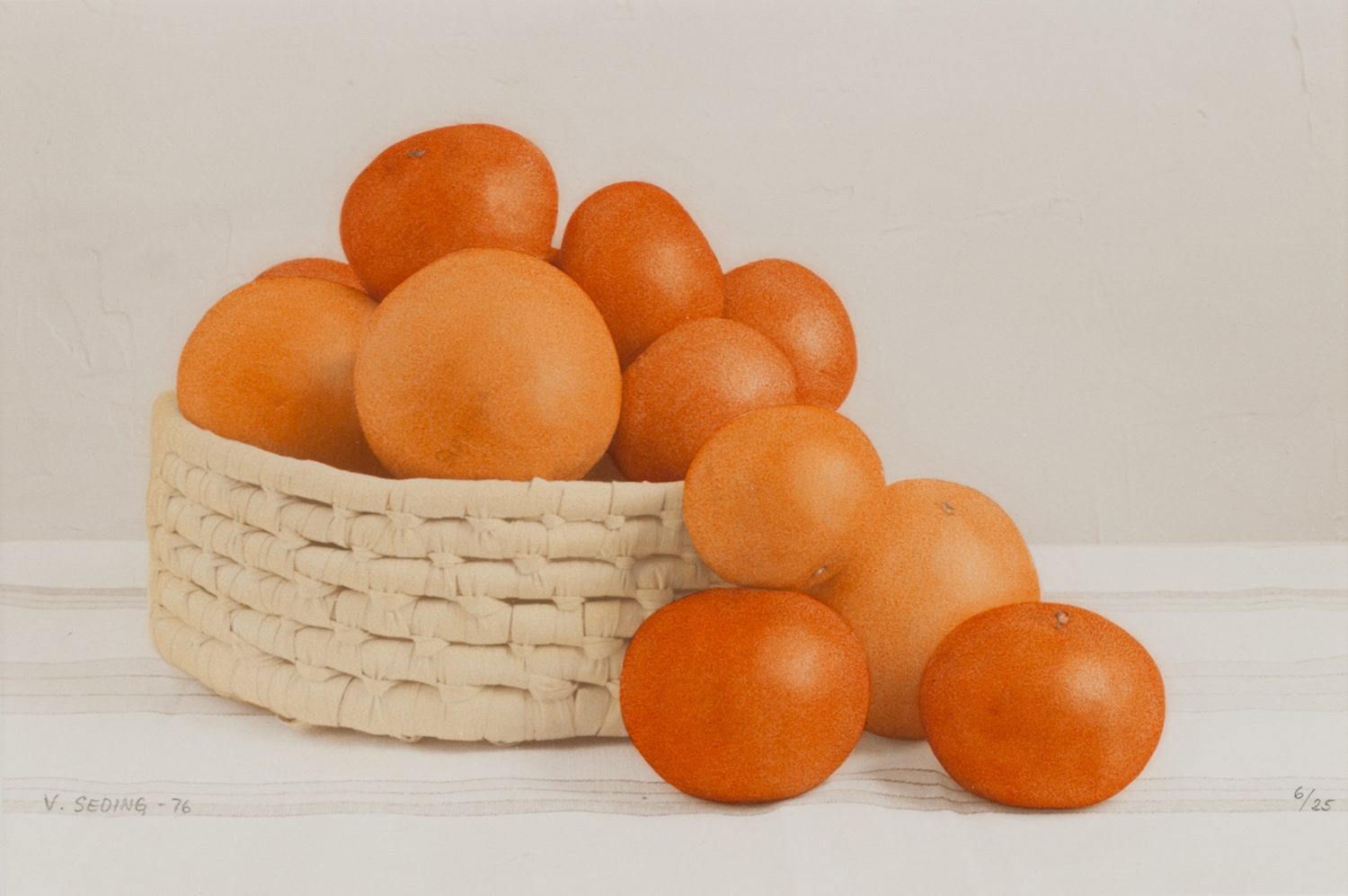 Oranges is a hand-tinted gelatin silver print depicting an overflowing basket of oranges. An early artwork by cinematographer-turned-photographer Volker Seding, this piece speaks to Dutch still life and advertising photography while highlighting the artificiality of the photographic medium. Seding has shaded the eponymous oranges in varying tones of orange and the basket a faint yellow, giving both a visual weight that the remainder of the scene lacks. This is partially an artefact of the artist’s process—hand-tinted photographs are often lightly underexposed—but this singular focus is also typical of advertising photography, particularly of the 1930s. Advertising photographs of this period often utilized visual tricks like hand-tinting as a form of retouching, covering imperfections and simultaneously enriching the image with colour. While Oranges evokes Dutch still life as much as advertising in its material abundance, there is no visual trigger to indicate any kind of edifying or moralizing message to the work. Instead, the only blemish on the fruit is the faint trace of an ink stamp on the rind of the largest orange of the grouping: Sunkist, the produce shippers who brought the warm-climate fruit to Toronto. While we have become used to the abundance of such produce in our supermarkets, it is worth remembering that these were once considered a luxury during the coldest months. In its spare, almost sculptural treatment of these smoothed-out, perfect fruits, Oranges suggests a kind of untouched, boundless affluence, a summer without end despite the winter outside.

Volker Seding was born in Berlin in 1943, and emigrated to Canada in his twenties. A student of Klaus Berger, he first worked as a cameraman in the film industry before turning to fine art photography full time in 1975. Seding’s work is collected by a number of different public institutions, including the National Gallery of Canada, Ottawa; the Art Gallery of Ontario, Toronto; Museum of Fine Arts, Houston; and the Winnipeg Art Gallery. Seding passed away in Toronto in 2007.