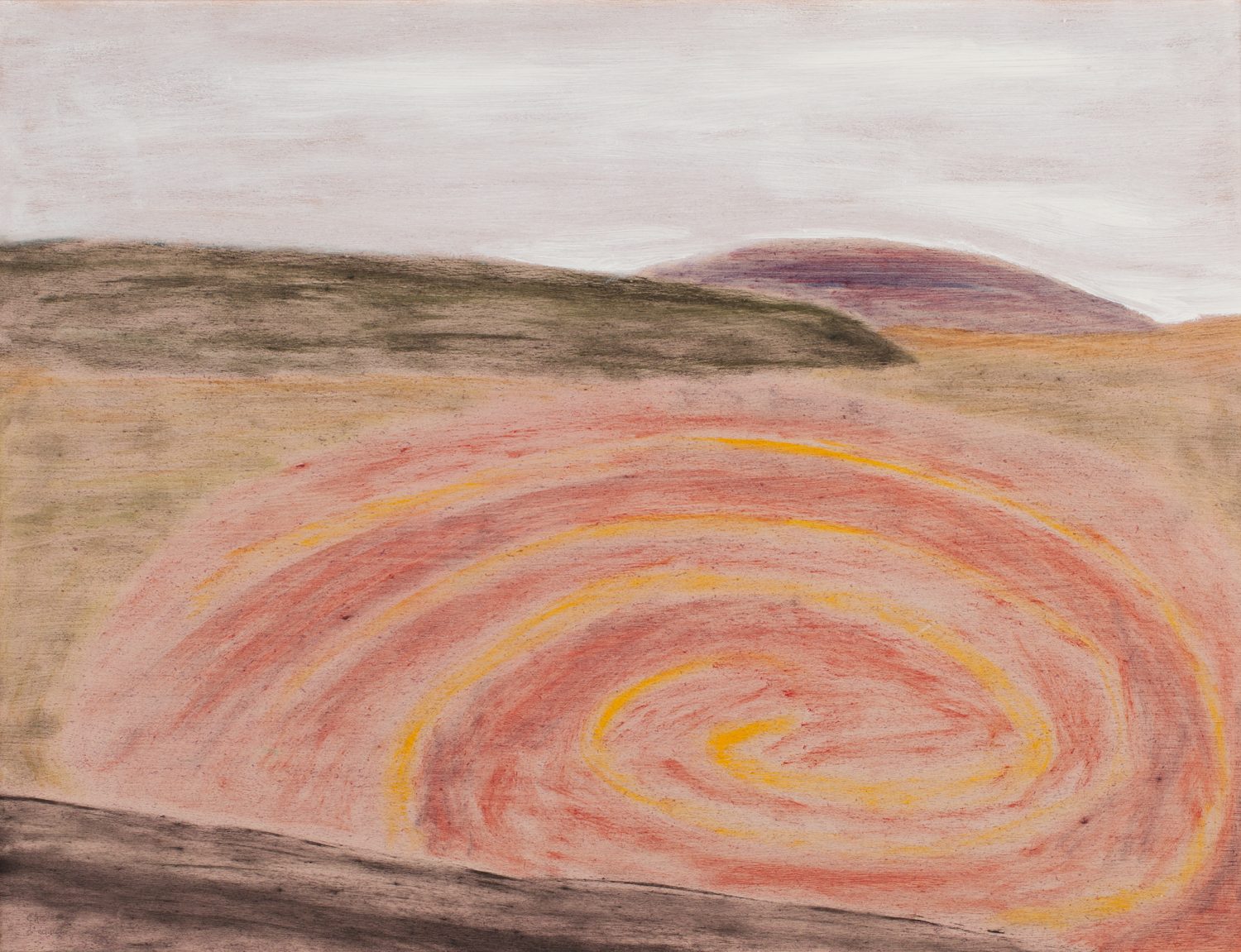 Charles Meanwell is a Hamilton, Ontario-based painter known for his muted palette and pared-down compositions. He finds visual intrigue in humble subjects and in the accidental arrangements of forms he encounters in his surroundings. His landscapes—based on keen observation and usually painted en plein air—are subtle, poignant portraits of specific places.

Meanwell painted Gravel Swirl, Nanisivik after a trip to Baffin Island in June of 1991. He was enraptured by the arctic landscape’s undulating vastness and the primordial pull of the continuous summertime daylight. As the artist notes: “The gravel swirl is a remembered patch of yellow and orange, which seemed at the time to be a place where the earth started spinning.”

The sense of wonder that affected Meanwell in the Arctic is a phenomenon shared by many. However, despite its awe-inspiring beauty, land in the Arctic is often jeopardized by processes of resource extraction, such as mining. The town of Nanisivik, for example, was founded in 1975 to support the operations of a major mine. The mine closed in 2002 and the town has since been abandoned. Due to heavy lead-zinc contamination, the majority of its buildings were demolished.