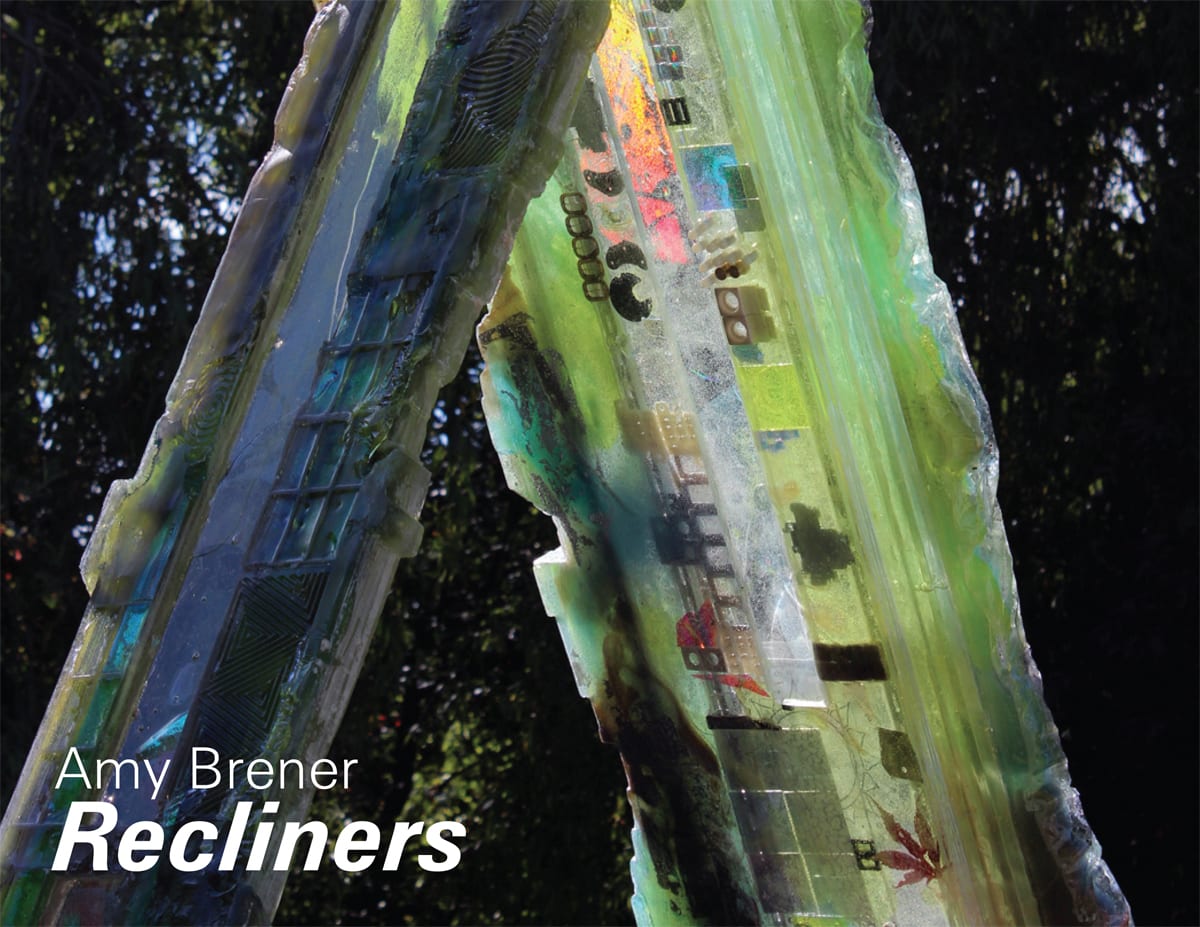 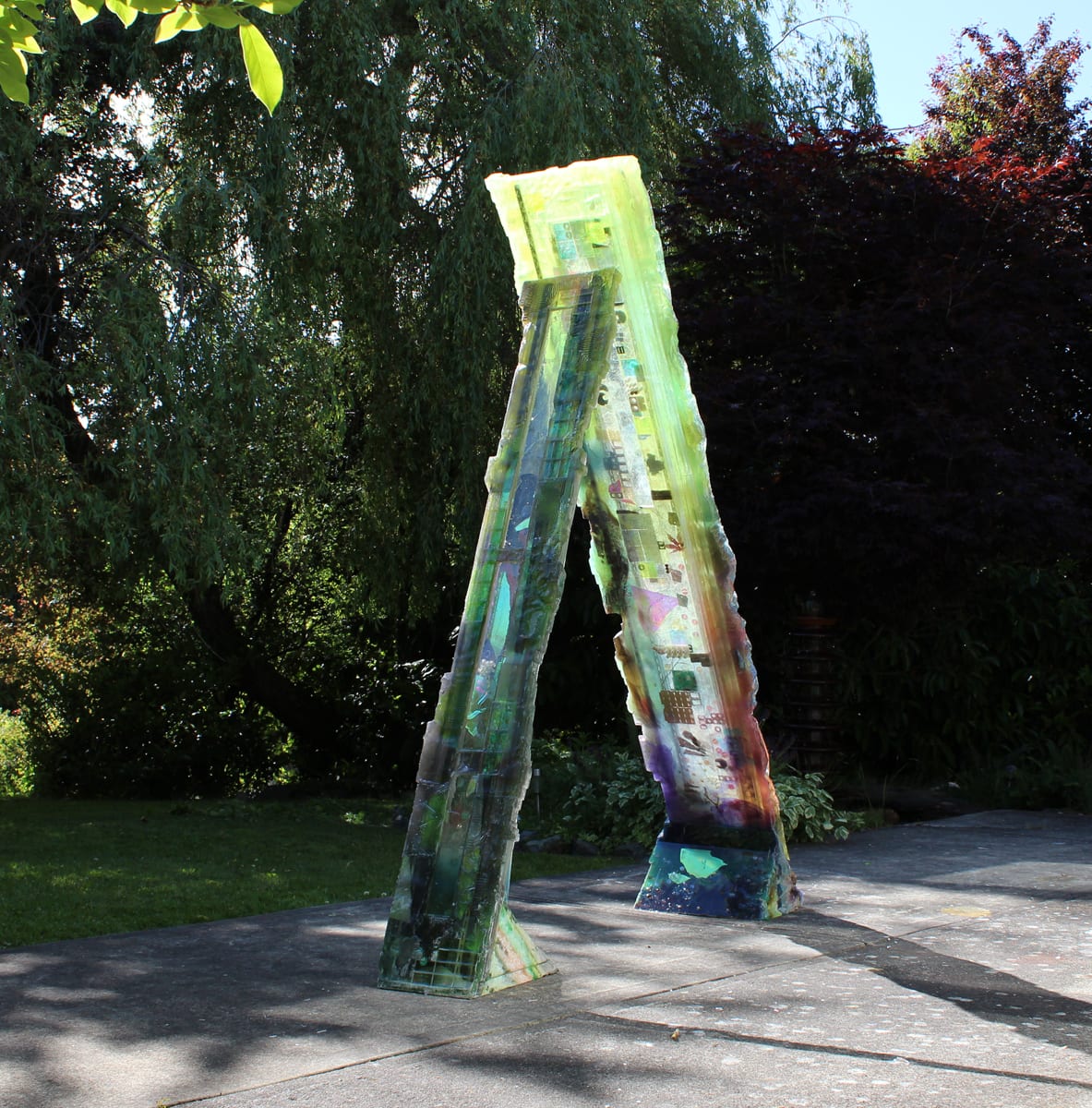 Amy Brener is an emerging Canadian artist who has earned widespread attention for her distinctive freestanding resin sculptures. For the past three years, she has been working with poured resin and embedded materials to create totemic structures that resemble artifacts from an imagined future, bringing to mind fossils and time capsules. The MacLaren presents her first outdoor works, Recliners, in the Massie Family Sculpture Courtyard. These sculptures are striking from afar, but also contain labyrinths of surface minutiae that transfix the viewer upon closer inspection. Reflective and refractive surfaces are integral to the pieces, allowing atmospheric conditions to manipulate their appearance and activate the space around them.

Amy Brener was born in Victoria, British Columbia in 1982. She received a BA in Studio Arts at the University of British Columbia (2006) followed by a MFA at Hunter College in New York City (2010). She recently participated in residencies at the prestigious Skowhegan School of Painting and Sculpture in Madison, Maine as well as the Bemis Centre for Contemporary Arts in Omaha, Nebraska. Brener’s work has been exhibited internationally, in cities such as Toronto, Victoria, Berlin, Los Angeles and New York. Her work appears in numerous private collections, including the Francis J. Greenburger Collection, and she has a commissioned work permanently on display at the Dufferin Liberty Centre in Toronto. Brener currently lives and works in Brooklyn, New York.