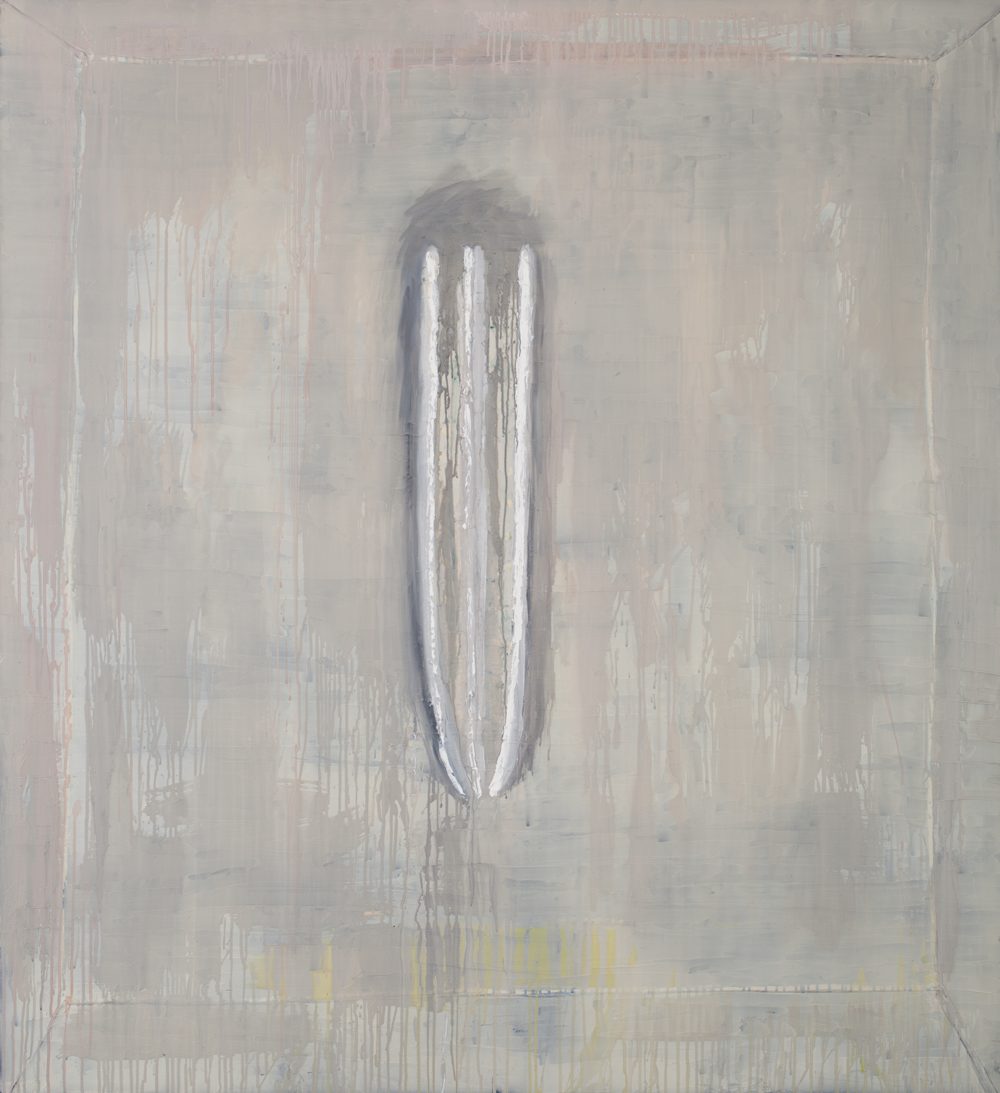 David Bolduc was born in Toronto in 1945. He attended the Ontario College of Art for one year (1962-63) and studied at the Montreal Museum of Fine Arts School (1964-65) with Jean Goguen. His first exhibitions, several with groups, took place in Montreal galleries, including a solo show at the Elysee Theatre in 1966. He returned to Toronto in November 1966 where he worked in the Royal Ontario Museum’s conservation department. His first solo show, at the Carmen Lamanna Gallery in 1967, featured groupings of shaped canvases with contoured surfaces carrying simple geometric colour designs. He subsequently abandoned colour to work with minimal constructions of stretched white vinyl and then with simple structures made of rope, wood, and mirrors.

A 1968 Canada Council grant allowed him to leave his ROM job to travel in Europe, through Turkey overland to Nepal, returning home via Uzbekistan and Moscow after eight months abroad. In the ensuing 33 years he has seldom remained at home for more than a year at a stretch. He showed annually at Lamanna until 1976, when he began his association with David Mirvish, and subsequently Alkis Klonaridis, who had been the Mirvish Gallery’s Director.

Bolduc’s Watercolours and Drawings was featured at the Norman Mackenzie Art Gallery, Regina, in 1976, and he also showed at the Diane Brown Gallery in Washington, D.C.; Watson/de Nagy & Co., Houston Texas; Galerie Gilles Gheerbrant, Montreal; Paintings 1975-1980 at the Southern Alberta Art Gallery, Lethbridge, 1981; three exhibitions at Art 45, Montreal between 1984 and 1991; three shows at Paul Kuhn Fine Art, Calgary, between 1991 and 1996; and the James Baird Gallery in St. John’s, Newfoundland. Ron Moore in Toronto currently represents him.

In his Concise History of Canadian Painting, Dennis Reid describes Bolduc’s painterly concerns thusly: “Like others in Toronto who had re-established a sense of continuity with Western painting’s venerable history during the seventies, Bolduc found a working framework that situates his activity within a meaningful tradition – the making of decorative objects of commanding presence. The significant embellishing he practices and celebrates rises directly from the broadest cultural base – a fundamental human urge to enrich life by offering evidence of the particularly moving kind of pleasure conferred by the practised, skilful conjunction of hand and mind.”

Bolduc’s work as a book illustrator shows a marked contrast to his canvases. The beautifully realized drawings for Roy K. Kiyooka’s Pear Tree Poems, and his drawings and design for poets Wayne Clifford, Victor Coleman and David Rosenberg, exemplify a deep erudition and long association with the literary community in Toronto, including his stint as a regular contributor to Linda Spalding and Michael Ondaatje’s Brick magazine. (Biography from the Centre for Contemporary Canadian Art.)