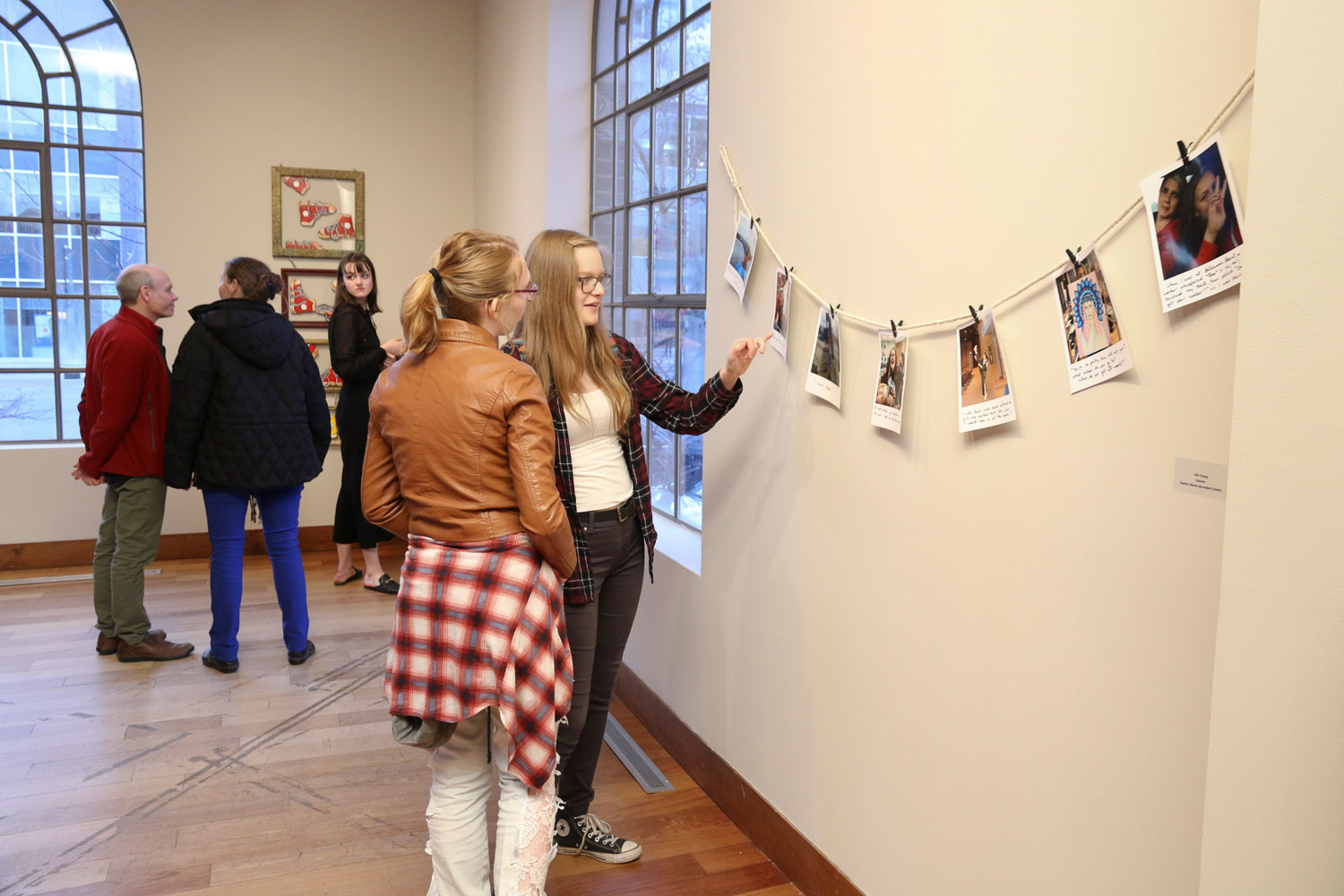 Their pieces were part of the Portfolio 2022, the local gallery’s annual show featuring works from Grade 12 students across the county.

The jurors for Portfolio 2022 were MacLaren director/curator Lisa Daniels and education co-ordinator Heather Riley, for works that were on display throughout March.

“The feedback we got this year was wonderful. The community was very excited to see the work by the students and was highly impressed by the quality of the work presented,” Riley said.

“I would like to congratulate Amber, Doran and Alyssa for their hard work and outstanding achievement this year at the MacLaren Graduating Student Portfolio Showcase 2022,” said Nantyr Shores visual arts teacher Angela Taylor. “I am so proud of each of them! I will miss having them in my class next year.”

Johnstone said the showcase was a great opportunity for young aspiring artists like herself to be recognized.

“When I got the message saying I was accepted to the showcase, I was thrilled,” she said. “I felt honoured to be able to share my art with more people in the community alongside all the other amazing artworks. It made me feel a whole new appreciation for my own artwork.”

She didn’t think things could get any better until she was told she was chosen for the showcase’s People’s Choice award.

“I am so thankful for everyone who thought my artwork was worth voting for, and I hope it has made an impact on many. The support I received during the showcase has given me the inspiration to keep making art,” she said.

The theme for her piece Times Up, focused on the loss of motivation. Using acrylic paints and black ink markers on a canvas, she created a picture of a girl lying lazily in a bedroom with seven clocks on the wall, each set at different times.

“I mainly used symbolism and the element of colour to replicate how it feels to lose your motivation. De-motivation can be very overwhelming and very draining, and I think that everyone will struggle with it at some point in their lives,” she said.

Johnstone found her passion for art at around the age of nine, starting off with mainly pencil drawings, then working her way up to the use of other mediums.

After high school, she plans to attend university to study digital media or graphic design while continuing with her visual arts to sell.

Stephen had two pieces on display at the show: Sense of Self and Space Invaders. Both were self-portraits done in acrylic paint. Sense of Self shows Stephen on a bed in a purple and pink room, holding a mask of her face.

“The theme was personal space. I hold that really close to me, I really enjoy having time to myself,” Stephen said. “I chose purple and pink because pink represents self-love and purple represents self-reflection.”

The Space Invaders piece was a contrast to the other piece, a portrait of her standing on a crowded subway, with a disappointed expression.

“It just showed how I feel when I don’t have space to myself to think,” she said.

For her subway piece, she knew exactly how she wanted it to be and took her about two to three weeks to paint. But her other piece, she says, took her quite a bit longer.

“It took longer because I didn’t know what I wanted it to be,” said Stephen, adding that it ended up being completely different than what she first envisioned.

Stephen has always had a passion for art.

“It’s just expanded over the years, I’ve gotten more into painting,” she said.

Stephen has been taking art classes all through high school.

“I love my art teacher, I have had her for every single year,” Stephen said of Taylor.

The class all took part in the same project, with 10 pieces from the class chosen to compete for a spot in the show, with three chosen.

“It was so weird seeing my own art up on walls in an art gallery. People would look at my art and see me and they’d be like ‘is this you’?” said Stephen.

For now, Stephen has the paintings at home and isn’t sure what she will do with them. But she is happy that she was able to be included in the art gallery’s show.

Stephen says she hopes to continue her art on the side.

“Maybe as a side thing to do in my spare time,” she said. “I am hoping to be a veterinarian.”

Amber Fowler also had two of her pieces on display at the gallery: Personal Pressure and Drowning.

While both deal with the same theme of loneliness and isolation, they are completely different types of art.

Personal Pressure is a conceptual piece, of a broken glass jar with burnt bits of paper from Fowler’s journal entries made throughout the pandemic.

“I decided to take the jar and throw it in the snow,” she said, “And the two conflicting temperatures caused the pressure to break the jar.”

Setting the journal entries on fire showed the need to let the feelings of sadness and frustration during isolation out.

“I arranged the pieces to look like a mess, showing how damaging and messed up you can feel after breaking down from the pressures and anxieties that have been bottled up,” said Fowler.

Her other piece, Drowning, is a digital painting done on a Samsung Galaxy S7 of a girl camouflaged in an underwater setting of shades of dark and light blue waters and coral.

“My goal for this painting was to express the difficulty of feeling alone, as though nobody is there for you. I portrayed the idea of being camouflaged with everyone else, as it is difficult to admit your struggles,” she said.

Fowler plans to keep both pieces, as a memento from not only the show but about the chapter in her life where she was forced to be isolated from her friends and classmates, and how she was able to persevere.

Fowler plans to go into interior design after high school and keep doing art on the side.

“It’s really fun for me, I really enjoy doing it,” she said. 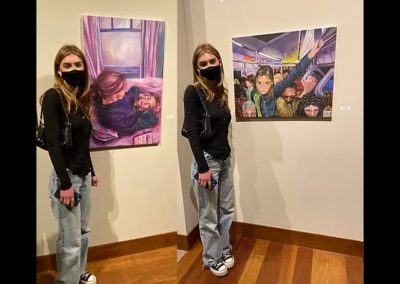 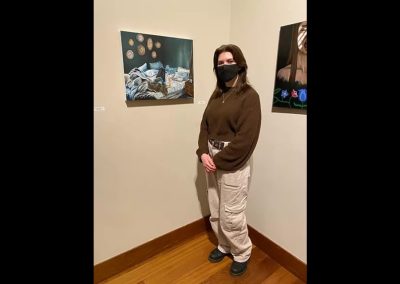 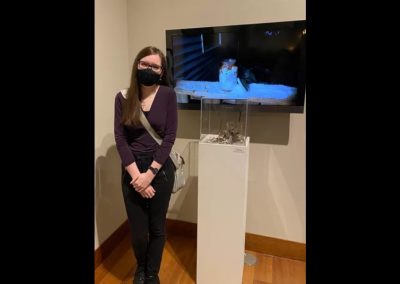 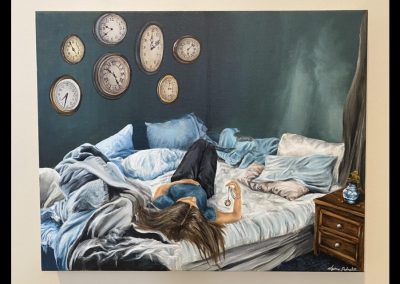 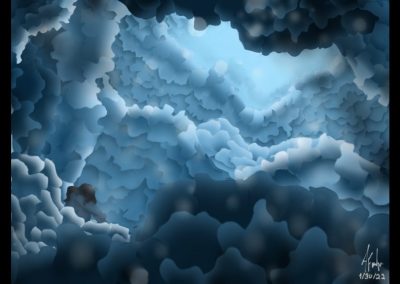 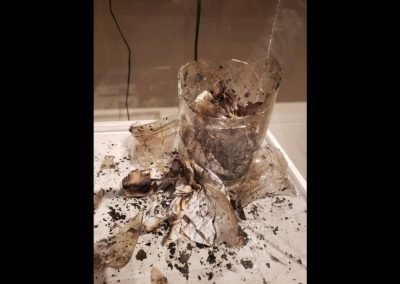 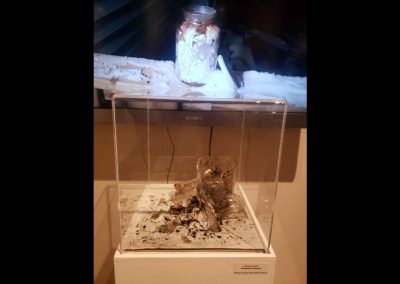 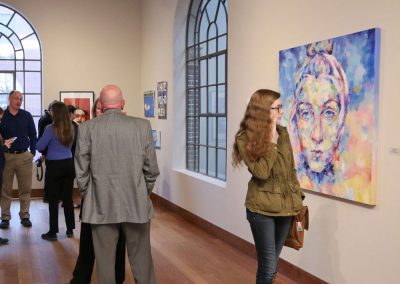 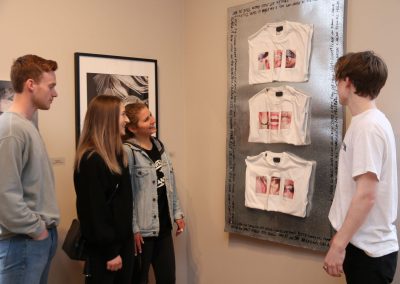