A new exhibition at the MacLaren Art Centre is shining light on mid-20th century artist and illustrator Lucille Oille (1912-1997). Working in Simcoe County with her husband, journalist Kenneth Wells, Oille produced artwork for newspapers and several prominent books of the day. Lucille Oille: Uninterrupted Eden presents a selection of the artist’s engraved prints drawn from the MacLaren’s Permanent Collection.

Uninterrupted Eden displays Oille’s first illustrations—wood engravings—for Wells’ The Owl Pen (1947), a heartfelt and humorous memoir of their life on a rustic farm in Oro-Medonte. In pursuit of a rural paradise, the couple moved in the late 1940s from Toronto to Oro-Medonte where they purchased a dilapidated early 19th century log cabin. Oille’s engravings depicted the cycle of seasons, long-awaited harvest returns and the rewards of hard labour. 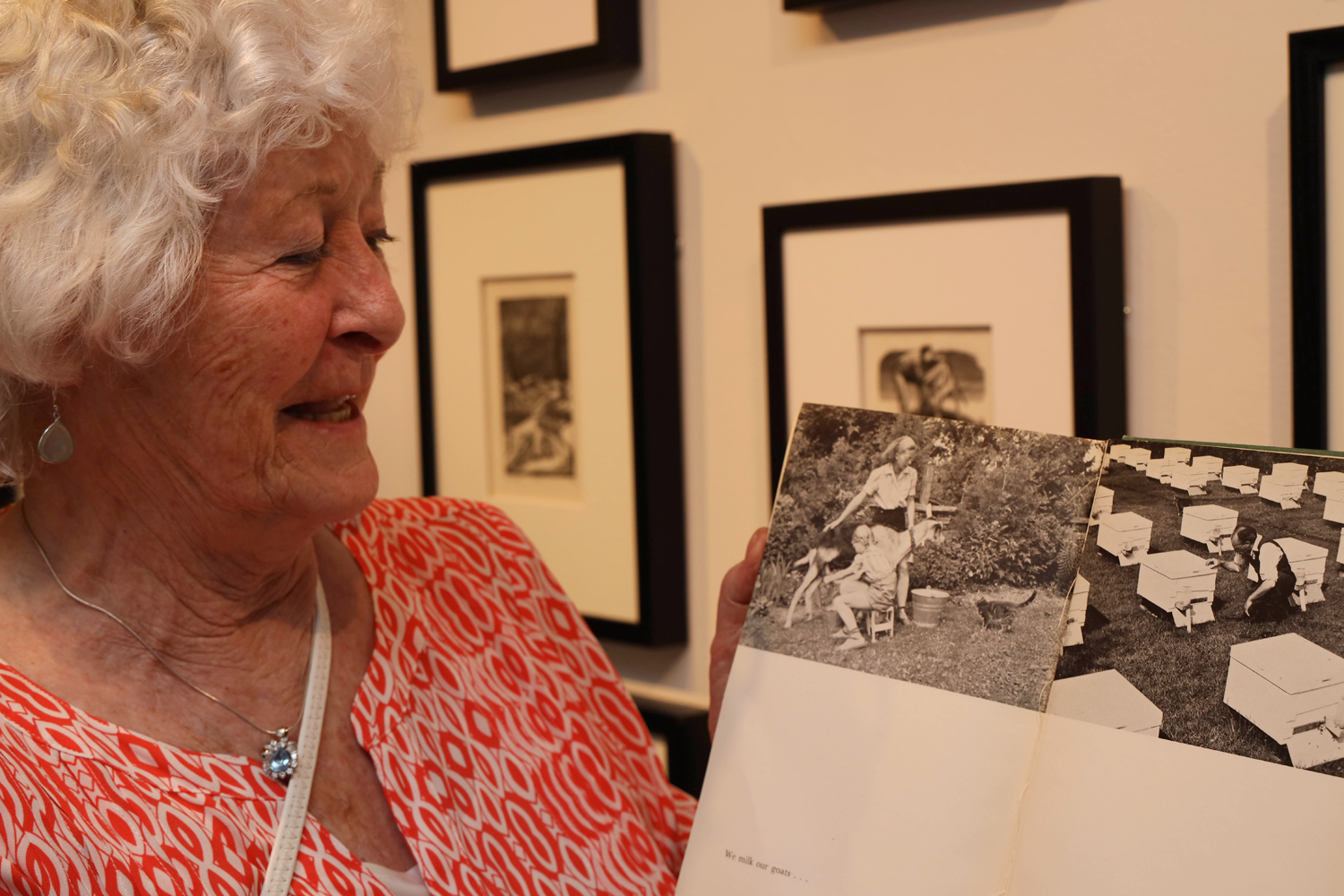 Shortly after its publication, The Owl Pen would become a national bestseller and a series of publications authored by Wells and illustrated by Oille followed. Canadian publications—including In Pastures Green (1948) by Peter McArthur, Castle of Quebec (1949) by Joan Morgan and Country Parson (1953) by George Morrison—featured Oille’s work as well.

The works on view in this exhibition chronicle the transformation of a once untended landscape. On their farm, Oille and Wells herded goats, planted orchards and built an apiary. Engraved with careful precision and dense details, Oille’s illustrations attest to her technical ability in depicting the humble beauty of Oro-Medonte’s farmlands. Complementing these engravings are scenes of farmers working the land in rural Ekfrid from a posthumous edition of In Pastures Green.

Oille was working in the mid-20th century, a period where the Canadian industry of book illustrations was dominated by established male artists—particularly members of the Group of Seven—who also worked as illustrators for graphic design firms. Unlike the Group of Seven—whose heroic landscapes of Canadian wilderness shaped our national imaginary—Oille’s illustrations were firmly rooted in reality, deeply intimate and widely relatable. Her legacy as an accomplished artist, whose practice was grounded in representing the landscapes of farmlands across Ontario, was largely overlooked in the canon of Canadian graphic arts.

Women artists of the 20th century are often not accorded the recognition they deserved in their lifetime, but recent exhibitions have strived to amend this glaring historical omission. As a feminist curator working at the MacLaren Art Centre, some of the work I do remedies the ways in which history has cast women artists to the margins. History often feels like a chronology of authoritative events, but it really isn’t. Artists, writers, and curators are motivated by the awareness that history can be rewritten, making room for overlooked narratives to come forward. At the MacLaren Art Centre, our exhibition Uninterrupted Eden shines a light on Lucille Oille, a regional artist who trained in sculpture and is best known for her book illustrations.

Lucille Oille studied at the Royal College of Art in London, England and the Ontario College of Art and Design in Toronto. She exhibited at the Ontario Society of Artists and the Royal Canadian Academy in the 1930s and early 40’s. After relocating to Oro-Medonte, Oille ran a successful honeybee keeping operation with her husband—selling honey to Queen Victoria, to President Eisenhower and in Toronto’s Eaton stores.

Lucille Oille: Uninterrupted Eden will be on view at the MacLaren Art Centre until October 13, 2019.

This exhibition is generously sponsored by Stewart Esten Law Firm as part of their multi-year support of the MacLaren Art Centre.