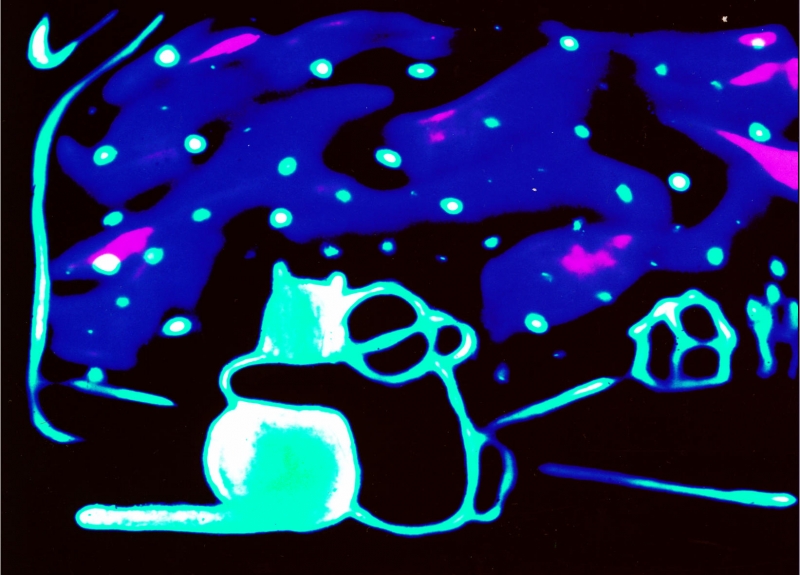 Snow Cat (23 minutes)
A grandmother tells her young grandchild the moving tale of a lonely girl and an unforgettable magical cat in this animated short narrated by Oscar®, Emmy and Tony award winner Maureen Stapleton. The film is based on a short story written by Dayal Kaur Khalsa and adapted by two-time Governor General’s award recipient Tim Wynne-Jones.

The Sweater (10 minutes)
In this animated short, Roch Carrier recounts the most mortifying moment of his childhood. At a time when all his friends worshipped Maurice “Rocket” Richard and wore his number 9 Canadiens hockey jersey, the boy was mistakenly sent a Toronto Maple Leafs jersey from Eaton’s. Unable to convince his mother to send it back, he must face his friends wearing the colours of the opposing team. This short film, based on Roch Carrier’s book The Sweater is an NFB classic that appeals to hockey lovers of all ages.

The Boy and the Snow Goose (10 minutes)
This animated short by Gayle Thomas tells the story of a young boy who finds an injured snow goose and nurses it back to health. Constant companions through the sun-filled days of summer, the two sadly separate in the fall when the bird obeys the call to join its flock for the annual flight south. Will the friendship endure?