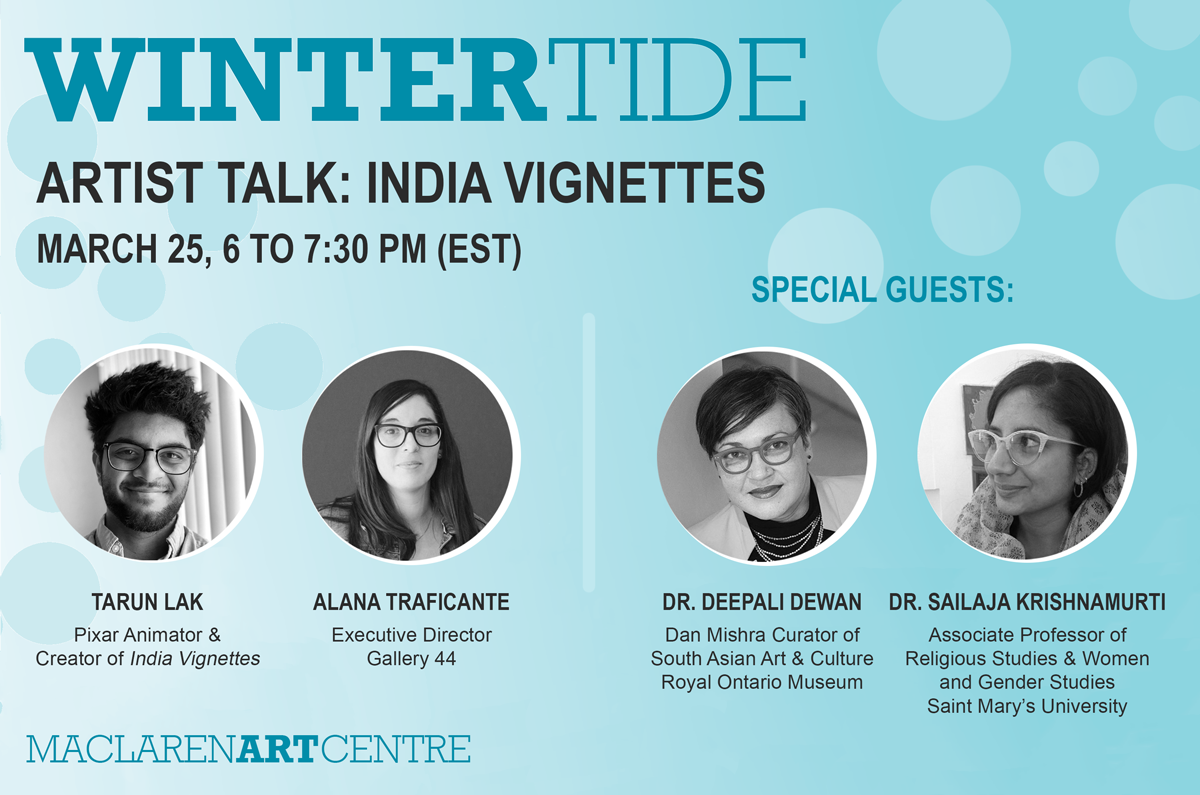 Tarun Lak is an Indian-American artist and animator. Although born in the U.S, he spent most of his childhood growing up in Chennai, India where he was found drawing a lot, instead of studying for exams. After finishing high school in Chennai, he attended Ringling College of Art and Design, Florida where he graduated with a BFA in Computer Animation in 2016. Tarun has since worked in the American animation industry, working at studios like LAIKA, Psyop, Sony Pictures Imageworks and is currently an animator at Pixar Animation Studios. His feature film credits include Kubo and the Two Strings, Spider-Man: Into the Spider-Verse, Onward, and Soul. During his spare time, he still likes to draw and animate for fun and currently resides in Emeryville, California.

Alana Traficante is a Toronto-based writer, curator and gallery director. She graduated from OCAD’s Criticism and Curatorial Practice MFA program in 2016 and is currently the Executive Director of Gallery 44 Centre for Contemporary Photography. She previously worked as Adjunct Curator of Contemporary Art at the Art Gallery of Hamilton, where she co-curated the award-winning exhibition, This Is Serious: Canadian Indie Comics with cartoonist Joe Ollmann (2019).

Dr. Deepali Dewan is the Dan Mishra Curator of South Asian Art & Culture at the Royal Ontario Museum and teaches in the Department of Art History, University of Toronto. She is a co-editor for Trans Asian Photography, co-author of Raja Deen Dayal: Artist-Photographer in 19th-Century India (2013), author of Embellished Reality: Indian Painted Photographs (2012), and editor of Bollywood Cinema Showcards: Indian Film Art from the 1950s to the 1980s (2011).

Dr. Sailaja Krishnamurti is an Associate Professor of Religious Studies and Women & Gender Studies at Saint Mary’s University. Her research takes a critical race feminist approach to religion and representation in the South Asian diaspora and in contemporary culture. She is currently working on a book about South Asian religions in comics and graphic novels. Sailaja teaches courses like Religion and Comics and The Future at SMU.