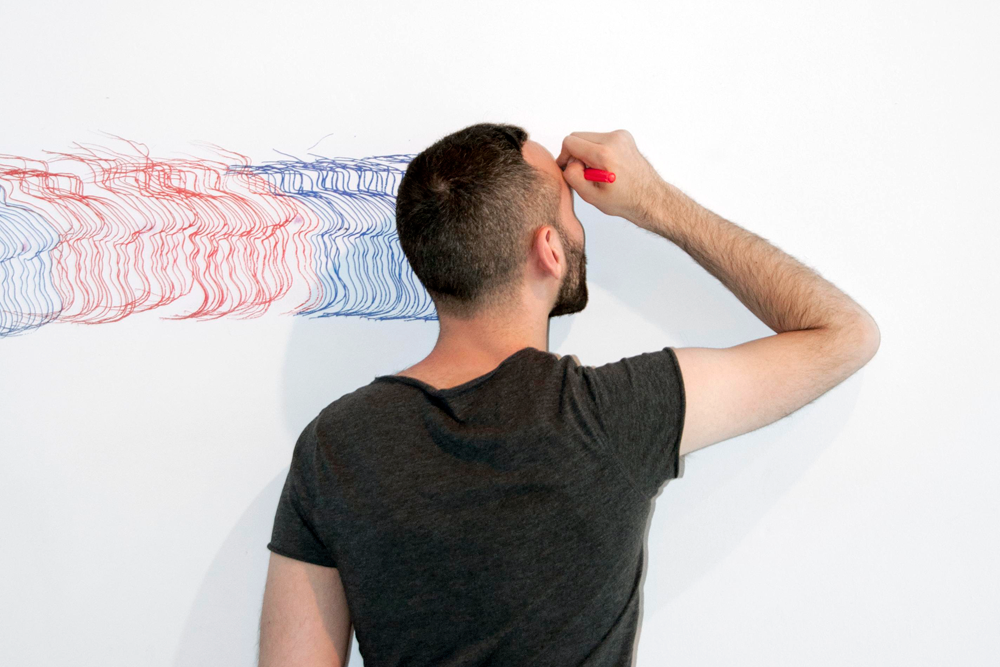 One of several artists in the MacLaren Art Centre’s current exhibition Longevity or a Lack Thereof, Francisco-Fernando Granados will speak on his ongoing project spatial profiling… (extended), which posits the drawn line as a site of collaboration and alterity. The project, which has been presented in various iterations across Canada and the United States, comprises a participatory durational action and wall drawing.

Francisco-Fernando Granados is a Toronto-based artist and writer. His multidisciplinary critical practice spans performance, installation, cultural theory, digital media, public art community-based projects. He has presented work in galleries, museums, theatres, artist-run and non-traditional sites since 2005. Awards and include Emerging Artist Grants from the Toronto and Ontario Arts Councils, a Projects to Visual Artists grant from the Canada Council for the Arts, the Governor General’s Silver Medal for academic achievement upon graduating from Emily Carr University in 2010, and being named as one of Canada’s 30 Under 30 by BLOUIN ARTINFO in 2014. He completed a Masters of Visual Studies at the University of Toronto in 2012.